The stories have started doing the rounds that Ijaz Butt is being booted from his position as Chairman of the Pakistan Cricket Board (PCB) as he’s understood to have lost the support of the man who got him inducted and protected him for more than two years in the most sought after job in the country. 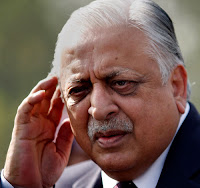 Chaudhary Ahmed Mukhtar, one of the most influential federal ministers having close ties with both President Asif Ali Zardari and Prime Minister Syed Yousuf Raza Gilani, is understood to be finally fed up with his brother-in-law who is suspected to be involved in serious wrongdoings of late.

Ahmed Mukhtar’s sister is married to Ijaz Butt and this appears to be the only reason why the latter has survived till now. Any lesser mortal would have bitten the dust and could have been behind the bars for the offences committed during his stay at the PCB.

Cricket is the uniting force of the nation and it’s the most widely followed sport in the country by some distance. The action on and off the field creates waves and the media considers even the minutest of details newsworthy. In other words the performance of the cricketers makes and breaks the mood of the people. 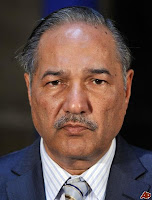 The accomplishments of the national cricket team lift the spirit and the morale of the people of Pakistan a long way. It’s taken much more seriously than just a sporting conquest.

In some way the performance of the cricket team directly affects the government. The success earns tremendous goodwill for the government and people credit them for the victory. Similarly the government comes under fire the moment the cricketers come up with ordinary effort in the field or if the cricket administrators of the country are found wanting in dealing with the issues.

The Pakistan cricket has been at the lowest ebb during the last couple of years. In this period not only the national team has dropped down in the ICC rankings in Tests as well as One-day Internationals but Pakistan has suffered setbacks after setbacks off the field as well. There have been innumerable controversies having caused considerable damage to the image of the country besides embarrassing the government.

With Ijaz Butt’s one-man show in the PCB failing miserably in coming to terms with the cricketers, the ensuing players’ power has been instrumental in bringing about the catastrophe in the recent past. The total lack of management and its vacuum has allowed the betting mafia to make inroads freely and Pakistan’s cricketers have been making headlines for the wrong reasons regularly.

The PCB needs a helmsman who can turn it around with his outstanding leadership qualities, visionary approach, vast administrative experience and sound technical knowledge about the game. He is to be an individual who has the access to key government officials, enjoys the respect of the international cricket fraternity and has the iron will to tackle the trickiest of situations like controlling the menace of players’ power.