Pakistan’s coach Intikhab Alam believes that winning the ICC World Cup Twenty20 Tournament in England this summer would be a great way to restore lost pride to a distressed nation. 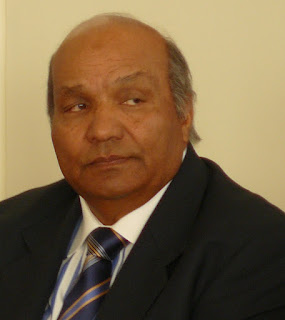 Although Pakistan, who ended runners-up in the inaugural edition of the tournament about two years ago, have to take on Australia in a series of limited overs games in the United Arab Emirates (UAE) before the Twenty20 global event, Intikhab has called on his players to target the England tournament to lift spirits.

"Our cricket is going through a rough phase but we have to fight on and one way of doing that is to start winning titles like the World Cup Twenty20," he was quoted as saying.

Intikhab firmly believes that his team stands a very good chance of winning the World Cup. "There is no doubt that we can win the title in England. We have a very reliable batting line-up, while our bowlers are also very good for the shorter version of the game. Although it is a batsman's game, bowlers too can play a part by bowling accurate yorkers and mixing up their deliveries. We have enough talent to form a potent attack and we have to ensure they are in peak form for the tournament," he said.

"Twenty20 is a relatively new innovation, but enough games have been played around the world and they have all underlined the fact that the teams with a higher level of fitness and better fielding skills enjoy a clear edge. That is one area which we would have to improve on," Intikhab reckoned.

The Pakistan skipper, Younis Khan, is also very optimistic about Pakistan’s chances of winning the Twenty20 World Cup in England.

“The shortest version of the game suits our boys because aggressive cricket comes to them naturally. They are more at ease in going for the big shots rather than blocking deliveries,” he said in a recent chat.

“The same is the case with the Indian cricketers of late who just love to take the attack to the opposition. That was the reason why Pakistan and India had made it to the final of inaugural Twenty20 World Cup in South Africa and there is every possibility of these two teams sharing the spotlight in England once more,” Younis thought.

“Pakistan and India will be very hard to beat even though the other teams like Australia and South Africa have had the opportunity of playing more Twenty20 cricket over the last couple of years,” the Pakistan captain felt. 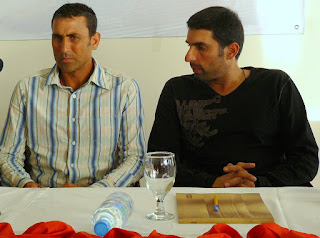 Pakistan, it may be recalled, had come very close to annexing the title. In fact they were just a stroke away from victory when Misbah-ul-Haq, who had been instrumental in taking the team to a winning position from a precarious one, tried that suicidal shot in the final.

The inaugural Twenty20 event had revived cricket in both the countries of the sub-continent who had met with disaster in the 9th ICC World Cup Tournament in the Caribbean earlier the same year.