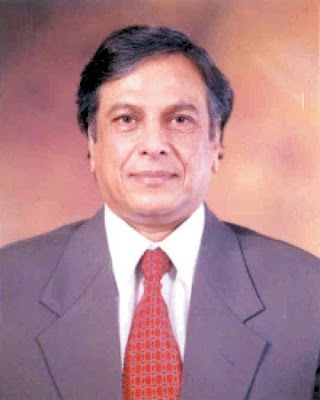 Pakistan’s former chief selector and an ex-Test all-rounder, Salahuddin Ahmed, has reckoned that India happen to be the only cricket team in the world capable of winning a match at the strength of their batting.

“Yes India’s batting right now is simply too good for every format of the game. In cricket you generally need greater strength in your bowling department to engineer victories but this current Indian side has the rare capability of manufacturing wins primarily through their batsmen,” Salahuddin, respected for his clarity of thought and depth of knowledge, remarked after watching India down Sri Lanka with consummate ease in the end in the second Twenty20 International in Mohali on December 12.

“The Indian batsmen have mastered the craft. They hardly invent shots of their own. Rather they have perfected the art of dominating the bowlers by wisely executing the pure cricketing shots. Their current lot is incredibly talented and there is a fierce competition for every batting position,” he remarked.

“Look what happened in Mohali tonight. The target of 207 in 20 overs wasn’t a piece of cake. They needed to play to their potential to do it and they did exactly that to level the series,” Salahuddin pointed out.

“Gautam Gambhir and Virender Sehwag provided them the usual bright start. Both of them have been in terrific form and they complement each other very well. When Gambhir departed, Sehwag took over. Skipper Mahendra Singh Dhoni chipped in with a flurry of big shots that allowed India to remain on top of the game,” he commented.

“Finally it was the birthday boy Yuvraj Singh who took the responsibility of guiding his team to victory in front of his home crowd. It was yet another dashing knock from the left-hander who looks like improving with every outing. He has every shot in the book and he is not afraid to come down the wicket to loft the ball,” Salahuddin observed. 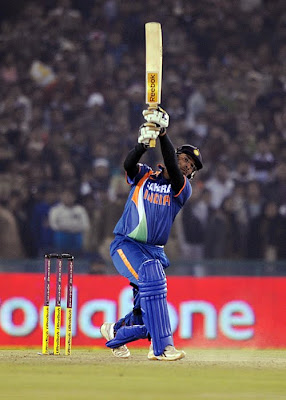 “It was a Twenty20 game, a format in which India have been least successful in the recent times. They have been more consistent in One-day Internationals and Test matches, mainly because of the accomplishments of their batsmen. They owe their success to their batters with the bowlers providing the supporting role,” he felt.

“The Indians have the most formidable batting line-up for Test matches where they have the specialists like Sachin Tendulkar, Rahul Dravid and VVS Laxman who are well versed in occupying the crease for long time. With the flamboyance of Sehwag and Gambhir up the order and the dashers like Yuvraj and Dhoni to follow the big five it’s obviously a nightmare for any bowling side more often than not,” Salahuddin continued.

“Just have a look at their record in the recently concluded Test series against Sri Lanka. They were able to compile totals in the excess of 600 in the last two Tests. In fact they had crossed 600 for the loss of only four wickets or so on both occasions. Not surprisingly the Indians went on to win both games and there was not much Kumar Sangakkara could have done to prevent the inevitable,” he concluded.