It was an extraordinary Test match and so typical of one involving Pakistan. You can be rest assured that nothing could be taken for granted when one of the participating teams in the duel is Pakistan. 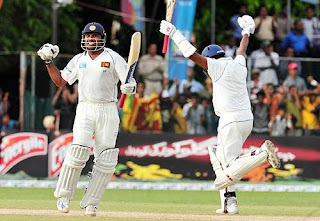 The match would have been considered won and lost inside the first couple of sessions on the opening day when Pakistan had crashed to 90 all out in their first innings. But remember it were Pakistan and their opponents were none other than Sri Lanka, an otherwise healthy and hearty team that had often failed against them in the unlikeliest of circumstances.

It appeared that the history would repeat itself once more when Sri Lanka surrendered the initiative after been in the driving seat for the whole of the first Test. Their poorest cricket for quite sometime was witnessed on the second day and the match had become wide open when the stumps were drawn.

Sri Lanka had to engage in the throwaway mode to generate interest in the game that they should have sealed by playing normal cricket. It was amazing to find them losing the focus when in dominant position.

Sri Lanka were in complete control of the situation when the play had started on the second morning and one expected them to consolidate their position by accumulating runs rather comfortably. But they shocked their supporters by their shot selection and casual approach to get bowled out for a mere 240. 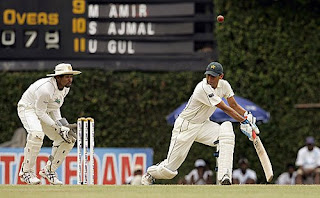 If the batting collapse in the first half of the day was not enough, the hosts came up with an ordinary bowling performance in the latter of the day to let Pakistan wipe out the deficit of 150 for the loss of just one wicket.

It went to the credit of the Sri Lankans to have allowed debutant opener Fawad Alam to play a big knock of 168. He became the first Pakistan batsman to have scored 150 in an innings on Test debut.

The left-handed Fawad took full advantage of the friendly bowling and he was involved in a hugely productive second wicket stand with skipper Younis Khan, who made up for a duck in the first outing with a solid 85.

Fawad and Younis added exactly 200 runs for the second wicket to snatch the initiative from the home side. With Pakistan 135 in front and nine wickets standing they were in an advantageous position as Sri Lankan had to bat last in the game.

But a sensational batting collapse that saw Pakistan crash from 285 for one to 320 all out brought the home side back in the reckoning and the target of 171 was unlikely to test them on a pitch that was still good for many runs. 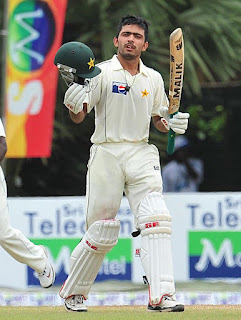 Sri Lanka made the wise move of going after the bowling instead of waiting for things to happen. Their positive approach paid dividends as they succeeded in completing the victory before the close of play on the third evening.

Sri Lanka have finally won a Test series against Pakistan at home. But they have yet not been able to give an impressive account of themselves. The victories in both the Tests have been unconvincing and they need to improve in many areas to enhance their reputation and ranking.
readmore »»