The elections of the Karachi City Cricket Association (KCCA) are generally regarded as an exercise of legitimizing old wines into new bottles. But there’s a big difference this time round. 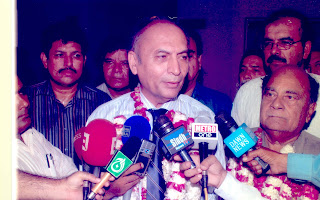 Prof Ejaz Farooqui is one man, known for bringing about a change. His presence in the central leadership could lead a turnaround in the fortunes of the KCCA. He has been blessed with so many outstanding qualities that make him counted as one of the leading personalities of the country.

He has a huge responsibility now on his shoulders and not surprisingly he is as confident as ever, displaying enormous self-belief that should serve as an inspiration to his teammates in the KCCA. He has pledged to take the Karachi cricket to another level by strategizing the goals. Not many people would disagree that he does have the capability of doing it.

Having who blanked his rival Shah Riazuddin 21-0 for the post of the Secretary in the KCCA elections held on May 22, Prof Ejaz Farooqui agreed that a lot was needed to be done to promote cricket from the grassroots level in the city.

“Yes there are lot of new challenges to be met but being a firm believer of making the most of the available resources I don’t foresee problems in accomplishing the goals and promoting cricket in every nook and corner of our metropolis,” he observed in an interview after having been elected as the KCCA Secretary.

“The Zone II experience would obviously come handy. I was elected the zonal chairman during the previous KCCA elections in 2006. With the untiring support of our team we were able to rewrite the history of the zone by organizing 25 accredited tournaments in which more than 650 matches were held. From Karimabad to Surjani Town, Khuda Ki Basti and Taisar Town we succeeded in engaging our cricketers throughout the year,” Prof Farooqui remarked. 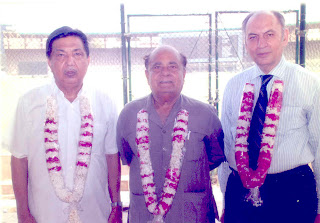 “I have gained first-hand experience of the problems being faced at the club level by interacting with the cricketers as well as the organizers on a regularly basis and we were able to overcome many of the obstacles if not all during my three and half year tenure as the zonal chairman,” he pointed out.

“Yes the challenges are going to be different but the basics remain the same. If one has the will power to take on the problems and tackle them accordingly no problem could be considered too big. I will take on board all the stake-holders to take the Karachi cricket to another level,” the KCCA Secretary concluded.
readmore »»