The flamboyant all-rounder Shahid Afridi, reinstated as the Pakistan T20 skipper, and the majestic Younis Khan, a prolific batsman and former Pakistan captain, will be attending the inauguration ceremony of HBL Inter-Schools Cricket Tournament 2014 at the Karachi Gymkhana Cricket Ground on September 18. 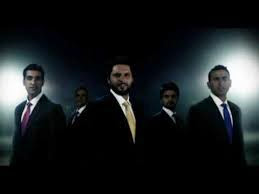 Aman Aziz Siddiqui, Head of Strategy & Investment, HBL, will be the chief guest in the inaugural ceremony to be presided over by Fawad Ijaz Khan, Chairman, Pakistan Veterans Cricket Association (PVCA).

The colourful opening ceremony, in which the participants of all the schools will be taking part with their placards, is scheduled to start at 9 am and conclude at 9.45 am. It will be followed by the inaugural match between St Paul High School and Rangers Public School.

A total of 32 outfits, including two teams selected by HBL on the basis of open trials have entered the HBL Inter-Schools Cricket Tournament 2014 being organized by the PVCA. 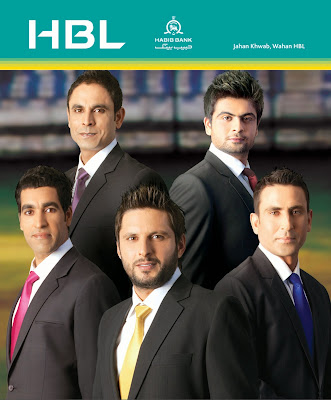 A total of 55 matches will be played over a period of nearly two and a half months. At the end of the league matches, the leaders of all the eight groups will qualify for the knockout stage of the competition, starting with the quarter-finals. The final is due to be played at the Karachi Gymkhana on November 27.

Besides the Karachi Gymkhana Cricket Ground, the matches will be played at the Naya Nazimbabad Hussain Lawai Stadium, NBP Sports Complex, TMC, KCCA Stadium and SKBZ.

This is the seventh time when the PVCA will be organizing an Inter-Schools tournament in Karachi. The HBL management has agreed to look into the possibilities of transforming the HBL Inter-Schools Cricket into an annual event with the collaboration of the PVCA.

The tournament organizing committee is being headed by Alamgir Ahmed with Amjad Islam, Visal Ansari, Hasnain Bokhari and Syed Farrukh Manzoor being its members. Brig Salahuddin heads the disciplinary committee whose other members are Iqbal Umar and Jalaluddin.

The players born on or after September 1, 1997 will be eligible to take part in the tournament and only those teams/players approved by the PVCA will be allowed to take the field. All the matches will be 40-overs-a-side contest with the reporting time being 9.15 am and the match starting time to be 10 am.
readmore »»