The gentleman cricketer that Rahul Dravid has been all along, he rarely speaks anything silly or senseless. He stayed away from controversies despite being in the thick of things for around 15 years primarily because of his total commitment to the cause of his team. 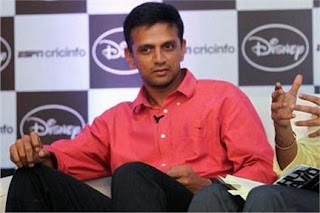 Dravid, who always believed in giving more than cent percent to the team, has served a warning to the all-powerful Board of Control for Cricket in Indian (BCCI) whose officials have been under fire for having compromised on the future of the game by engaging in activities purely for commercial reasons.

A team man to the core all his life, Dravid’s observations during the launch of his book ‘Timeless Steel’ in Mumbai on July 4 would not only caution the young breed of Indian cricketers but more importantly they should open the eyes of the movers and shakers in the BCCI, who often tend to forget their responsibilities of administering the game in a balanced manner.

Dravid felt that there is no match for the satisfaction that can be derived from playing Test cricket adding that he didn't want to judge the youngsters on or blame them for their choices but that he wanted to challenge them to give Test cricket a fair go. 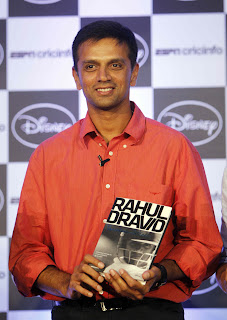 "There are more options now. It’s very hard for me to be judgemental about kids of today. Unfair. I had gone through a commerce degree in college, and not very successfully. When I grew up, if I wanted to be a successful professional cricketer - and making a living out of the sport became a part of that - the only option for me was to be a successful Test cricketer. There was no other way in which you could make a professional living out of the sport. I would have still played it, but I would have probably looked to do something else professionally if I wasn't good enough," he remarked.

"I won't like to judge them on that, but I will like to challenge them. What I'll like to tell young kids is that the greatest satisfaction you are going to get is by playing Test cricket and playing in some of these great stadiums of the world. That will give you the greatest personal satisfaction, so don't sell yourself short. Try and achieve. It is possible. It can be done. There might be kids in this era who will take that soft option. Some won't. We will be able to see in time. Every era there have been people who have fallen by the wayside," he reckoned. 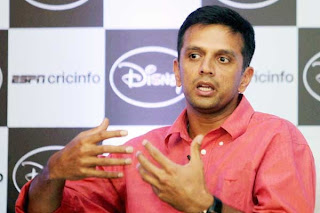 "People like Rohit Sharma, Suresh Raina, Manoj Tiwary, or whoever the youngsters are, have grown up watching and idolising Test cricket. It's the kids like Samit (his own son aged 7) who will have grown up watching the IPL. That will be the challenge. What will those kids want? I don't see this as an immediate problem. I see it as a long-term issue,” he warned.

"By long term I mean ten years, when those kind of kids grow up, what will their aspirations be? If one of the young kinds wants to play, will he want to play for a franchise? You have to understand that at the end of the day players are also performers, and they want to perform. When you look at the IPL, it's a great stage to perform. Played in front of full stadiums, there is a great viewership on television, you are playing with some of the best players in the world, you are playing at some of the greatest stadiums in the country. It's a great stage to perform. That challenge is going to arise in ten years' time, and I think we have got to address it right now," the former Indian captain cautioned.
readmore »»