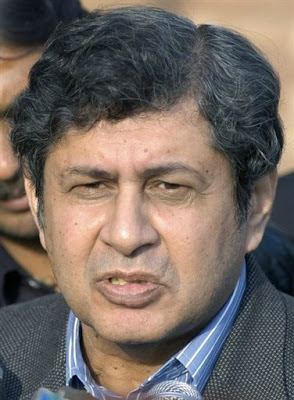 The Pakistan Cricket Board (PCB) has finally put someone in the right place.. Ijaz Butt had acquired the services of quite a few ‘greats’ after taking over the leadership of the Board last year but he was found wanting in posting them at the right places leading to controversies and bitterness.

The appointment of Wasim Bari, a former Pakistan captain and of the greatest-ever wicketkeepers the world has seen, as the Chief Operating Officer (COO) of the PCB can be described as one of the rare good moves by the Board in the recent past.

The PCB, not surprisingly, was in the news for the wrong reasons with the policies of Ijaz Butt backfiring more often than not. It has come as a pleasant surprise to have someone like Wasim Bari as the COO.

Wasim Bari thoroughly deserved the slot by virtue of his qualification, experience and expertise. He had been a part of the senior management of the Pakistan International Airlines (PIA) for quite sometime having worked alongside people like Arif Ali Khan Abbasi, Tariq Kirmani and Zaffar Ahmed Khan.

He has always believed in and advocated for professional management. Even when he was serving as the chairman of the national selection committee, he desired the PCB to be run on corporate lines like Cricket Australia and New Zealand Cricket.

Now he has been elevated to the position which he richly deserved. I think he’s the perfect choice for the post of COO. That’s one part of the story.

The other part begins with his appointment as the COO. Will he be able to deliver? Will he be allowed to adhere to the principles of professional management? Or will he prefer to work quietly and turn a blind eye to the follies to be committed by his superiors.

Wasim Bari is an ice-cool gentleman who can work for very long hours. He is not afraid of the workload. But he could be tested when pressurized to sign or verify ‘fishy’ matters. Skill and temperament are his forte. Let us see how he handles Ijaz Butt who has been criticized for having made the PCB a one-man show.

Obviously it can’t be expected of Wasim Bari to challenge or over-rule the decisions of Ijaz Butt. They have certainly developed a level of understanding already. The issues could be different now since Wasim Bari is now the COO, not the Director Human Resources. 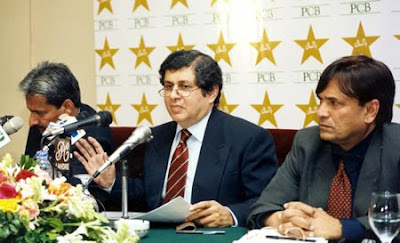 The critics of Wasim Bari condemn him as a ‘yes man’ of the bosses. They may be partially right to the extent that he’s a soft person who doesn’t like to quarrel. But one should not question his integrity.

I don’t think anybody will dispute of him possessing the nerves of steel. Selection is a thankless job where you are subjected to the harshest of criticism for the faults of others. He remained the chief selector for quite sometime, coped with the pressures bravely and gave the results.

He, however, faces the challenge of his lifetime now. It’s a much tougher assignment than being the chief selector or Director HR of the PCB.