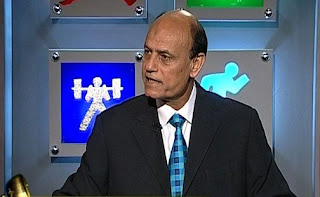 Former Pakistan captain and one of the legendary hockey forwards, Olympian
Islahuddin Siddiqui has advised the Pakistan Hockey Federation (PHF) to boycott the upcoming FIH World Cup Tournament 2010 to be staged in India next month.

"The strained Indo-Pak relations and the security threats from different extremist groups in India present a very grim scenario at the moment and it would put Pakistan players under pressure if they play there," Islahuddin, a respected name in the international hockey circles, said in an interview in Karachi.

“I don’t think it would be advisable to let Pakistan play in India. The sports-loving public of both the neighboring countries are very much eager to watch their stalwarts in action but a few elements across the border have become proactive in trying to sabotage sporting ties," he felt.

"What’s the point in sending our players when we are aware of the fact that it might be very difficult for them to concentrate and excel," he believed.

"Pakistan’s hockey team has shown definite signs of improvement of late but let us not them put to that kind of test. They should be forced to take the field in such hostile atmosphere,” Islah, who led Pakistan to the World Cup triumph in 1978, warned.

“It’s not fair to send our hockey team to India as performing well under adverse conditions could be terribly difficult for them," he reckoned.

“When the hugely resourceful franchises could not pick the Pakistan cricketers for the Indian Premier League (IPL) because of the security concerns how will be the hosts providing security to the big Pakistan hockey contingent in the tournament of a profile as high as the World Cup,” Islah, having served the national team as coach and manager, questioned.

"Not picking Pak cricketers in the IPL auction has sent a negative message to the Indo-Pak sub-continent and the world. They themselves proved the point that the conditions were not conducive for sporting action in India," he added.

“The Pakistan Hockey Federation must take a note of the situation and they should assess all the factors before making the decision. They should not think twice of participating in the event if they are not fully satisfied with the security arrangements,” the widely traveled Islah suggested. 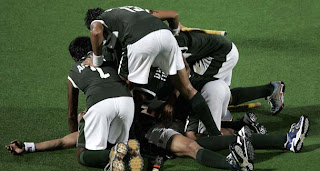 Interestingly Pakistan, having won the World Cup a record four times, are scheduled to take on hosts India in the opening match of the 12-nation tournament to be staged in at New Delhi from February 28 to March 11.

It may be recalled that the World Cup hockey tournament was a brainchild of the visionary PHF President, Air Marshal Nur Khan. The inaugural event could not to be hosted in Pakistan but they managed to win the trophy when it was launched in Spain in 1971.

Not surprisingly it was the tension between the two arch-rivals that had cost Pakistan the chance of staging the first-ever World Cup. It was after 19 years when the World Cup was finally held in Pakistan in 1990. readmore »» 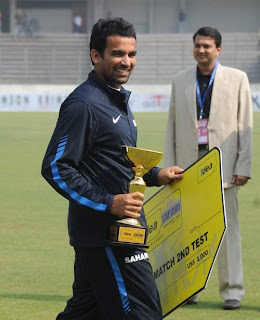 Left-arm paceman Zaheer Khan produced the kind of fast bowling in the second Test that would be needed more regularly if India are to retain their place at the top of the tree. The bowlers have to do the business nearly every time because 20 wickets are there to be taken for winning a Test match no matter how heavily you score.

Nobody can doubt the greatness of the present Indian batting line-up but their bowlers haven’t attained the kind of consistency which the world beating West Indians had in the 1980s or the Australians possessed in the 1990s while dominating every opposition.

Skipper Mahendra Singh Dhoni did the right thing by having credited Zaheer Khan and the other bowlers for the thumping ten-wicket victory over Bangladesh that enabled India to wrap up the two-Test series 2-0.

It’s always very nice of the captain to acknowledge and recognize the key performers. Dhoni has seldom put a foot wrong and he has been found very positive in backing his teammates.

The batsmen had certainly played their part by putting runs on the board but there was hardly anything to worry for them. The pitch was friendly and there was not much venom in the Bangladesh attack either. The Indian batsmen were bound to score heavily if they didn’t commit suicide.

But the Indian bowlers were very much pressure when they came out to bowl a second time. With key batsmen Rahul Dravid and Yuvraj Singh on the injury list they had to ensure that there wasn’t a testing target set for them.
Well with Zaheer returning his career-best figures Bangladesh could get only one run in front and the Indian openers, Virender Sehwag and Gautam Gambhir, were not even needed to put bat on ball to get the couple of runs that completed the clean sweep of the Test series.

Zaheer’s outstanding spell at the stroke of lunch brought about the relief Dhoni needed. There must have been some cause in the skipper’s mind with the hosts had progressed to 290 for three. Even the nightwatchman was not getting dislodged and there were possibilities that Bangladesh could pose more problems. 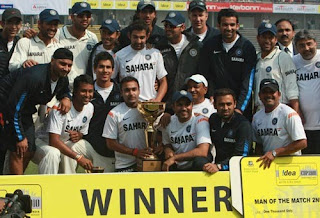 But the Indians hit back before it took to their minds and the home side had no answer to the sensational bowling for Zaheer losing their final seven wickets for 22 runs.

"It was a difficult task to get wickets in this track, both for spinners and pacers. But all credit goes to the bowlers. They really put their best to get those 20 wickets, especially Zaheer's spell,” Dhoni reckoned.

"The ball was getting old and the wicket was getting slower and slower. This is a reason we decided to bowl first in this wicket. If you bat first you need to score 600 plus or else you have to again come and bat. So it was tough but I think the bowlers did a terrific job,” the victorious captain added. readmore »»