Olympian Anwar Ahmad Khan has been acclaimed as the greatest-ever centre-half to be have set his feet in the hockey arena. He had been acknowledged as the best in the Indo-Pak sub-continent in the 1950s and he continued to rule the world for the better part of two decades. 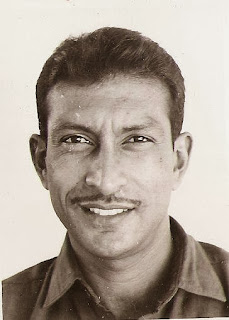 He was the architect of Pakistan’s most famous conquests. He was the pivot around whom the team revolved in its golden era. He played the lead role in winning gold medals for the country in three successive events.

He had made his international debut during the 1956 Olympics at Melbourne where Pakistan made it to the final for the first time, as they had been eliminated in the semifinals on both the previous Olympic Games at London (1948) and Helsinki (1956).

Anwar Ahmad Khan’s extraordinary skills, which he learned right from his early days in Bhopal, in the middle of the pitch contained the mighty Indian forwards in the 1958 Asian Games at Tokyo where Pakistan clinched the goal medal ahead of their arch-rivals, after having overwhelmed the obdurate Koreans by a huge margin which proved decisive in earning the first-ever trophy. 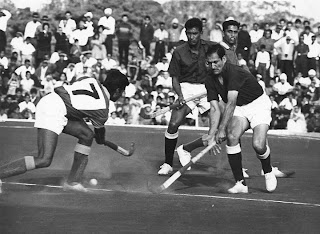 He played even bigger role in Pakistan’s sensational title triumph in the 1960 Olympic Games at Rome where they finally brought India down to earth. The momentum was sustained in the 1962 Asian Games at Jakarta where Pakistan clinched their third successive gold in the presence of their  traditional rivals, who had earlier been dominating the hockey world since 1928.

Ahmad Khan was regarded as the greatest centre-half the world of hockey for being an impossibly-gifted all-round player who didn't let the opposition beat him. His inspirational brilliance is still remembered by his colleagues and contemporaries.

According to Munir Dar, himself one of the greats of his era, Anwar Ahmad Khan’s anticipation was splendid and his stick work was brilliant. His stoppage was accurate and his distribution could not be intercepted. He used to move all the time with his forwards and whenever the inners were blocked he used to open the game through the wingers. 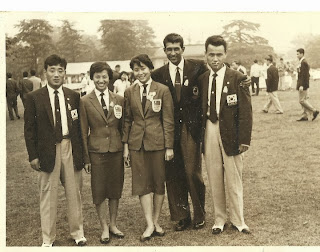 He was credited to have played in his corridor and used to cover both the full backs whenever they were beaten.

He used to deceive the opponents’ defence with his body while feeding his forwards. If he had to pass the ball to the inside-left on top of the circle, he used to move towards his right and after drawing the opposing right-back to cover the gap between the left-back and centre-half, he used to give a goal-labelled pass to his inside-left and similarly to his inside-right.

He never lost his temper whenever any of his colleagues committed any mistake. He was rated as a great team man and penetrated packed defences with the help of his supporting half-backs. He was a treat to watch all along.

He has often been described as the pillar on which the Pakistan hockey rested when they were in the process of transforming into a world beating unit. Many experts have rated him as the most valuable player that Pakistan had in 1950s and 1960s. 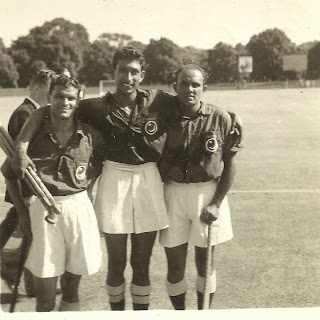 Anwar Ahmad Khan was originally chosen vice-captain of the Pakistan squad for the 1964 Olympic Games at Tokyo but he had to lead the team in most of the matches which skipper Manzoor Hussain Atif had to miss because of injuries. Pakistan claimed silver medal at Tokyo.

He had a remarkably successful international career. He was a member of the Pakistan outfit in three Olympic Games and two Asiads, in which three golds and two silvers were won, an incredible record

He captained Pakistan in quite a few international matches with great success but his career was cut short due to petty politics and intrigues that plagued the national sport and deprived the country of more glories.

Upon quitting the game, Anwar Ahmad Khan made history of sorts by bringing out his autobiography 'Anwar' in 1990. It was the first autobiography by a Pakistan hockey player. He later produced another book titled 'Hikayat-e-Hockey' which was published in 2002.
readmore »»