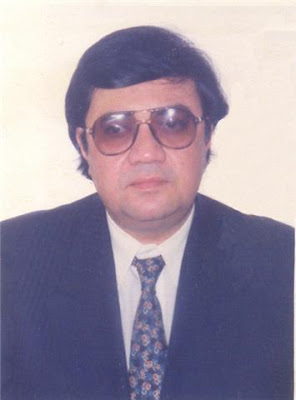 Alamgir Anwar Shaikh, President, PBSA, who attended the meeting as one of the delegates, informed this scribe the other day that the IBSF had not received any nominations for the post of Vice President and Asghar Valika, whose candidature was supported by the Asian Confederation of Billiards Sports (ACBS), was elected unopposed in the AGM.

The PBSA President further revealed that Pascal Guillaume of France, the sitting President of the IBSF, was re-elected after outvoting Jim Leacy of Ireland 27-17 while Mohammed Kammah of Egypt retained the slot of General Secretary by defeating Maxime Cassis of France. Sindhu Pulsivirung of Thailand and Syed Mahboob of Bangladesh retained their positions as IBSF Board members.

Asghar Valika was elected unopposed as the President of the ACBS for two successive terms in the 1990s. He has become the first Pakistani to hold an office in the international body of billiards sports.

Currently holding the position of the Executive Vice President in the ACBS besides being the Advisor to the United Arab Emirates Billiards & Snooker Association (UAEBSA), Asghar Valika had succumbed to the Pakistan government’s so-called national sports policy that prompted his resignation as the President of the PBSA during the month of September in controversial circumstances.

Having led the PBSA for nearly a couple of decades, he is credited to have spearheaded the revival of the game of snooker in particular in the country.

Asghar Valika had joined Mazhar Iqbal Puri’s team of office-bearers as the Vice President when the PBSA was launched in 1986, succeeding the dormant Billiards Association of Pakistan (BAP).Thus initiated the process of reviving the cue sports that were on the way to extinction.

They worked with missionary zeal from the outset and in less than two years time the baton was passed on to Asghar Valika, who brought the game to life by bringing in the brand of Red & White that became synonymous with snooker for years.

It turned out to be a mutually beneficial relationship and the game of snooker progressed in leaps and bounds in every nook and corner of the country as a result of the long-term sponsorship deal.

The World Championship 1993 went a long way in promoting the game in Pakistan and the very next year the country had its first world amateur champion in the shape of Mohammad Yousuf.

Asghar Valika, as President of the ACBS, was instrumental in having snooker and other cue sports included in the Asian Games. Pakistan, through Shaukat Ali, won a gold right away when snooker made its debut in the 1998 Asian Games.