With his brilliant batting, agile wicket-keeping and shrewd captaincy, Mahendra Singh Dhoni played the decisive role in guiding India to 5-0 victory over England in the series of One-day Internationals that concluded at the Eden Gardens in Kolkata on October 25. 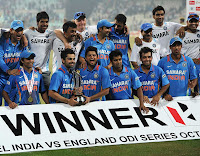 He was the deserved winner of the Man of the Series award which was presented to him by Jagmohan Dalmiya, a former President of the International Cricket Council (ICC), who also headed the Board of Control for Cricket in India (BCCI) and still leads the Cricket Association of Bengal (CAB).

Obviously Dhoni was under immense pressure from all quarters after having returned empty handed from England on a tour where nothing seemed going right for his team. The injuries to key players still haunted him but he knew things won’t be as bad at home in what was being billed as the payback series.

As expected there were quite a few changes in the line-up and the emphasis was on youth when the squad was selected for the first couple of games. The youngsters were given an extended run as the team regained its winning habit.

The ice melted in the first ODI when India finally defeated England at Hyderabad, apparently after ages. Mind you India, the eventual winners of the trophy, were not able to beat England even after having posted a huge total in their World Cup encounter which ended in a tie. 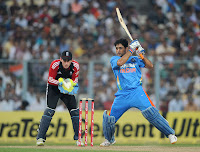 India didn’t look back after hammering England in the series opener. They chased down substantial totals successfully in the next three games with only the one at Mohali giving them a run for their money.

Although Dhoni never talked big and didn’t ever make a mention of whitewash in any of his interviews the whole of India urged him to go for the kill. The Captain Cool that he is, he just believed in taking every game seriously and concentrating wholly to get the result in his team’s favour.

He was the driving force behind the rejuvenated side that showed true grit under pressure. The home conditions certainly suited his boys but in the past hardly any Indian team, having so many big names, succeeded in registering a whitewash.

England were on a high when they landed in India. They would have certainly expected tougher cricket in India but I don’t think they would have ever imagined getting blanked by more or less the same combination whom they had crushed whole summer. 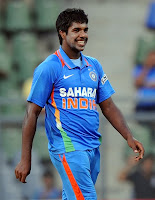 Dhoni’s acts showed that he was focused on winning each and every match of the series. There was not a single unnecessary change in the team on one pretext or the other. He had a definite plan in his mind and he executed it to perfection.

He desired an express fast bowler to complement the duo of Praveen Kumar and Vinay Kumar. Umesh Yadav filled that role and delivered in the first three games. Varun Aaron replaced Yadav only when the latter was injured in the third match. Parthiv Patel was played in first four games and was dropped for not doing well with Manoj Tiwary coming into the eleven in the final ODI.

He displayed great faith in the combination of left-arm spinner Ravindra Jadeja and off-spinner Ravichandaran Ashwin, both of whom rose to the occasion every time the skipper tossed the ball to them. Virat Kohli and Suresh Raina got the runs with Dhoni himself controlling the innings without getting dismissed even once.
readmore »»