One of the most fascinating aspects of cricket is the association of lovely characters with it. Unlike quite a few other sports, it’s not restricted to the athletes. There are many flavours of cricket and its so many characters immortalizing the sport. 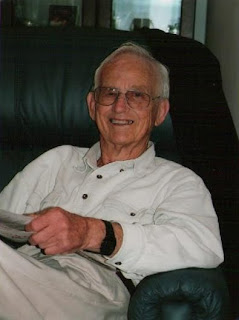 The 85-year-old Ron Fergie, now living in Australia’s capital, Canberra, is one of the most adorable characters to be associated with the gentleman’s game. His fairy tale could be a source of motivation to many individuals. His example of courage and fortitude should inspire people.

He was unable to walk because of a disease in his hip joint from the age of seven to 10 but only a couple of years later he had captained his school cricket and football teams and he went on to play first grade cricket in Perth, Western Australia.

At the age of 25, after his left leg was severed early in the cricket season, he played out the same season wearing an artificial leg. In fact, reportedly, he kept playing and enjoying club cricket until he was 72!

Having missed key cricket years while serving overseas, he was dropped from North Perth’s strong first-grade side, which included five then current or past West Australian State players.

On November 5, 1949, in his next match in a second-grade game at Perth Oval, he had responded with a century and again dreamed of playing for Australia. He was in high spirits as he left the oval on his motor bike, but at the first intersection a drunk driver hit him at speed. Fergie landed in the middle of the floor of a shop 60 feet away from the impact, his leg so badly mangled that it was amputated that night.

Perth Oval was in sight from the hospital balcony and on the following Saturday, the second day of the match, his team lined up on the oval at afternoon tea time to wave to him, while he waved back with a bed sheet. Perhaps they were saluting a career cut off in its prime, but before that season was over, he was playing again!

The leg, however, did not heal properly and he had to undergo a second amputation at the end of that season. At first he played with a wooden leg, hinged from a thigh strap and hanging from an over-the-shoulder harness.

The artificial leg restricted him to fielding in slips at first, but he adapted well to wicket-keeping and batted with a runner. He was sufficiently agile that not much of the fast bowling got through him, even on one occasion when a very quick bowler did his block and sprayed 17 successive no-balls past the batsman. 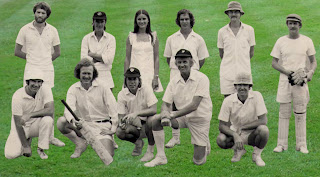 The versatile character that he was, Fergie went on to play first grade, as an opening batsman and wicket-keeper, with several Canberra clubs and was still playing first grade into his 40s.

Because of several overseas assignments he was not able to play continuously. He lectured in economic statistics in Tokyo for two years in the 1970s, followed by four years as National Statistician for the newly-emerging nation of Papua New Guinea where he played in the same team as his son Bob.

He played two seasons in Wellington, New Zealand, and some social cricket in Japan and Jamaica. In Japan, women were posted around the boundary to toss the balls back.
readmore »»

South Africa complete whitewash without being in total control

Well it’s quite incredible how the fortunes of the West Indies cricket have changed. The team that was known and feared for inflicting whitewash rather ‘blackwash’ to its opponents now finds itself at the receiving end. 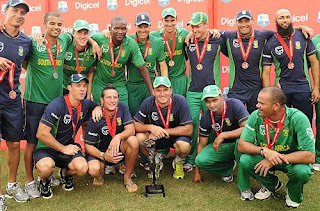 In the days when Clive Lloyd and Vivian Richards were at the helm of the affairs, with the battery of fast bowlers doing the demolition act, it was rare to find teams being spared of a whitewash while confronting the West Indies.
But that era has now become history and Chris Gayle leads a team that cannot be expected to escape punishment when coming across the fancied outfits like Australia and South Africa. They may get away with it against the formidable Indians but they are extremely unlikely to come good against any other strong team.
To rub salt to the injury the West Indians have now been blanked in the five-match series of the One-day Internationals (ODIs) at home. Obviously the result would have bitterly disappointed the home fans but it wasn’t entirely surprising when judging by the body language of the combatants.
The South Africans were fortunate in the sense that they had to face an opposition devoid of spirit and the will power that used to be their forte in the past. It was more a case of the West Indies committing suicide rather than the South Africans playing extraordinary cricket to generate this kind of result.
Graeme Smith’s men, wounded by yet another early exit in an ICC event, managed to complete a clean sweep against the West Indies despite not having been in total control during the series. They scampered home by just one wicket in the fifth and final game in Trinidad after having shown the same kind of nerves that didn’t allow them to proceed beyond the Super Eights at the World Twenty20.
"It's terrific to have achieved this result, and bounce back from the failure at the Twenty20 World Cup. It was an important time for us as a group of people, and it was important for us to regain the faith of a lot of the public back home. I think a lot of the fans back home in South Africa support us through thick and thin, so it is nice to give them all something about which to feel good," Smith acknowledged. 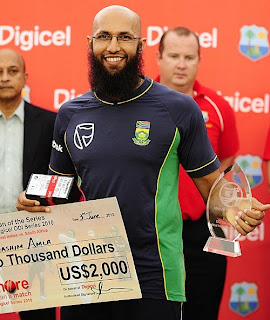 "The last few games have been too close for comfort. We have chased on some pretty flat pitches, and West Indies have controlled the games at different times, and we have lost wickets at crucial times. But we have held our nerve. Winning is a habit, and when you get into tight games, and you are used to winning, you are able to limp over the line," he added.

"We seem to be in a bad habit of losing, and when it comes down to these tight situations in matches, we do not know how to handle ourselves. It's been tough losing this much. The good thing is we have a few days off to put this behind us, and hopefully, we can get a fresh start in the Test series," Gayle remarked rather in hope rather than expectation.
readmore »»

The football fever has started gripping the world and sportsmasala.com, the pioneering sports portal in Pakistan, has recently launched a prediction game on FIFA World Cup Football Tournament 2010 which will run in tandem with the mega event.

The game, sponsored by Tissot, a renowned Swiss watch company, could be played on www.sportsmasala.com and the registration is free with prizes to the tune of Rs 200,000 on offer. The World Cup game is spread over two competitions with the first one asking for predictions of interesting statistics and the second one relates to the results of the matches and the performance of the participants. 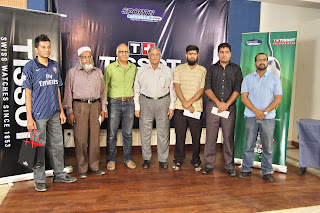 It’s titled Tissot FIFA World Cup 2010 Predictor Game and can be played on www.sportsmasala.com. It is indeed a must visit site for all football fans who can follow the latest Cup news via a live RSS feed, keep up-to-date with group standings, interesting facts and above all win handsome prizes, including the stylish Tissot watches. The registration for the game is free and open to all with a valid email account being the sole requirement.

The launching ceremony of the event was held on May 29 in which Salahuddin, a cricket celebrity, was the guest of honour. On this occasion he distributed cash prizes among the winners of the Tissot EPL Predictor game on the same website, which was based on the 2009-2010 English Premier League season.

The Tissot EPL Predictor game, it may be recalled, had offered awarded weekly, monthly and overall prizes which included cash prizes, watches and other gifts from Tissot, as well as audio equipment from Bose.

The Tissot FIFA World Cup 2010 Predictor Game comprises of two competitions. The first one asks for predictions of interesting tournament statistics such as the total number of goals scored, fastest goal and who will score the first goal as each question will be awarded points and the winner will be the person with the highest points tally.

The second competition relates to matches and participants have to predict the scoreline in every match. However, they don't have to be totally correct to earn points. While an accurate prediction earns full points, one can also make semi-accurate predictions such as the correct number of total goals, the winner of the match. to earn partial points and stay in the game.

Tissot has been associated with the football for over a decade by having Michael Owen, the English and Manchester United striker as their Brand Ambassador. Judging by the ever-increasing popularity of football in the country, they have backed this venture enabling Pakistanis to get an interactive experience of this premier football showcase. 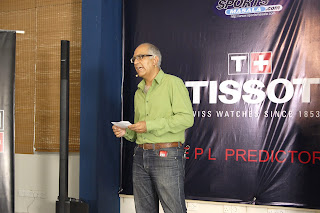 The sports partnerships have always been an integral part of the Swiss watchmakers they have been involved in timing world class sporting events for decades. Partnering with active athletes like Michael Owen also underlines the dynamic nature of the brand.

Tissot, the ‘Innovators by Tradition’, has been pioneering craftsmanship and innovation since its foundation in 1853. It’s a member of the Swatch Group, the world’s largest watch producer and distributor. For over 154 years the company has had its home in the Swiss watch making town of Le Locle in the Jura Mountains but now also has a presence in over 150 countries. www.tissot.ch provides more information about the company.
readmore »»