“Besides promoting cricket in the far flung areas of the zone, we have also made a point to increase the number of clubs to generate more activities at the club level.” 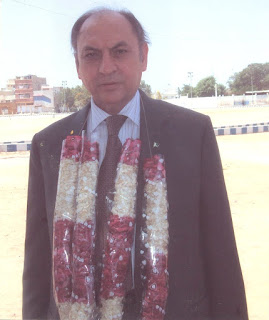 This was announced by Prof Ejaz Ahmed Farooqui, Chairman, Karachi City Cricket Association (KCCA) Zone II, during his speech in the prize distribution ceremony of the invitation cricket tournament named after him. Sir Syed Club annexed the title by overpowering United Gymkhana in the final.

“The registration of the Taisar Town Cricket Club augurs well for the development of the game. We will leave no stone unturned in promoting the sport in every nook and corner of the zone,” he added.

Prof Ejaz Farooqui expressed his satisfaction with the fact that their zone was throwing talent for the national competitions, firmly believing that the boys have the potential to rise to the next level.

Jamil Ahmed, Secretary, KCCA Zone II, revealed that as many as 32 teams took part in Prof Ejaz Ahmed Farooqui Invitation Tournament contested on knockout basis. He further disclosed that there was no entry fee for the tournament and even the balls used for the matches were provided by the organizing committee.

He noted with pride that all the matches of the tournament were staged on turf pitches in order to let the talented young cricketers get the maximum benefit by playing for their respective teams.

He acknowledged the support of the zonal chief, Prof Ejaz Ahmed Farooqui, who personally took care of all the expenses that occurred during the course of the tournament.

“Prof Ejaz Farooqui has been doing a great service to the game by patronizing the tournaments and other healthy activities. We are grateful to him for devoting his time and energy, besides arranging funds for the events that we have been able to organize from time to time during the last couple of years in particular,” Jamil Ahmed reckoned.

Sir Syed Club proved too good for United Gymkhana in the final to run away with the title. Batting first, United Gymkhana rattled up a challenging total of 242 in the allotted 40 overs with Shoaib Akhtar (78), Shoaib Jaffer (40) and Ahsan Khan (30) doing the bulk of the scoring.

United Gymkhana could have posted an even bigger total, had their innings not been derailed by off-spinner Owais Aslam, who returned the figures of 4 for 56. There were two wickets each for Ali Raza and Irfan Ali. 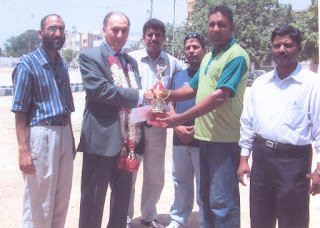 Brilliant batting from Azhar Ali and Waqas Mahboob helped Sir Syed Club reach the stiff target quite comfortably in the end. Azhar left after scoring an even hundred but Waqas remained undefeated with 83 to guide his team home with full two overs remaining.

Shoaib Lodhi, Zohaib Shera and Muzaffar Hussain were the successful bowlers for United Gymkhana but neither of them could do much to contain the free flowing pair of Azhar Ali and Waqas Mahboob.

Azhar Ali, for his superb century, was adjudged Man of the Match and he received the award with an added cash bonus of Rs 1,000 from chief guest Prof Ejaz Ahmed Farooqui.