Umar Gul, Yasir Arafat ruled out due to injury 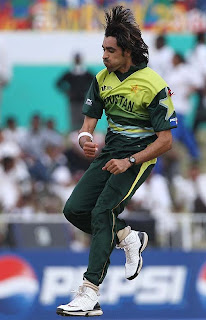 Yes, Umar Gul, an experienced fast bowler, has been ruled out of the of the ICC World Twenty20 due to start in the West Indies later this month due to an injury like all-rounder Yasir Arafat.

The clarification is very much needed here because of the ongoing chaos and mess the Pakistan cricket is in at the moment. Quite a few celebrated performers didn’t make the squad because of ineligibility.

Umar and Yasir were very much eligible for selection and both of them featured in the Pakistan squad for what has also been acclaimed as the Twenty20 World Cup.

Umar had sustained a shoulder injury during a practice session at Lahore’s National Cricket Academy while Yasir was struggling to get out of his calf injury. Neither them could not clear the fitness test conducted at the Gaddafi Stadium in Lahore on April 18.

Their absence has been described as a big blow to defending champions Pakistan, who have replaced the injured duo of fast bowlers Mohammad Sami and Mohammad Irfan.

"In mutual agreement with captain and coach, we have decided that we will not take a chance with half-fit players,” chief selector Mohsin Khan was quoted as saying.

"We recommended the names of fast bowlers Mohammad Sami and uncapped Mohammad Irfan as replacements for the injured players. We have picked Sami from the list of five reserves we had kept for the World Cup," he added.

"Umar Gul would be missed in the Twenty20 World Cup and this is disappointing that he is not the part of the team," Mohsin remarked.

Umar was hopeful of recovering in time but coach Waqar Younis and chief selector Mohsin Khan insisted that no player will be part of the squad unless fully fit.

The lion-hearted had come up in sterling performance in the last two editions of T20 World Cup and was the leading wicket-takers for Pakistan on both occasions. In fact he has taken the highest number of wickets in Twenty20 Internationals, having scalped no less than 43 batsmen in 26 matches.

He also recorded the best Twenty20 bowling figures when he took five wickets for six runs against New Zealand in the second World Twenty20, which Pakistan won in England last year. 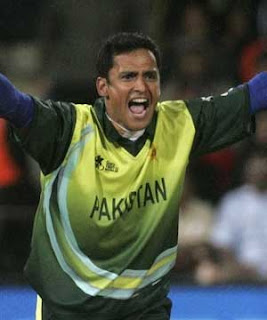 The Pakistan skipper, Shahid Afridi, also expressed his disappointment at Umar’s absence but hoped that the team will cope with the situation.
“Umar is our best bowler, but we have to cope with it and now Sami has to replace him and perform,” he observed.

Sami, who clocked 90 miles an hour, has played 34 Tests and 83 One-day matches for Pakistan but he has yet to play a Twenty20 International. Irfan is a lanky left-arm quickie, who has not represented the country as the international level yet.

Pakistan have been placed in Group A of the ICC Twenty20 and they will play their first match against Bangladesh on May 1 in St Lucia before taking on Australia the next day at the same venue. The tournament starts on April 30 and ends on May 16 readmore »»