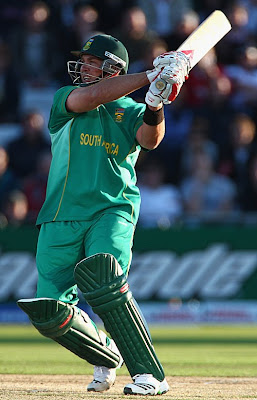 Both New Zealand and South Africa got off to a flying start to their Super Eight campaign in the ICC World Twenty20 2009 crushing Ireland and England respectively at Trent Bridge on June 11.

The victory in the opening Super Eight game provides the much needed insurance to New Zealand and South Africa ahead of the knockout stage of the competition. They can still force their way into the semifinals if they lose one of their next two games.

New Zealand in particular appear have their work cut out with the remaining matches being against the powerful Sri Lanka and the unpredictable Pakistan. They have had a terrible record against Pakistan over the years in bilateral series as well as in various tournaments.

Pakistan might fancy their chances of overcoming the New Zealanders once more on the basis of their reputation and past record even though the Black Caps have been in great form of late.

South Africa, on the other hand, would be feeling a bit more comfortable after having overpowered England. They are expected to have a tough contest with India but they should not face many problems in whacking the West Indies, provided they don’t let Chris Gayle stay at the crease for long.

England, not surprisingly, were unable to come to terms with the mighty South Africans, possessing a far more balanced outfit for the shortest version of the game.

South Africa’s performance against England was as clinical as one would have expected. Much to the disappointment of the crowd, the hosts never got an opportunity to stage a comeback into the contest after a nightmarish start.

England’s celebrated batsmen, having scored heaps of runs in the other forms of the game, were unable to produce the kind of innovation that was needed to force the pace against a lethal bowling attack.

It must have been shocking for their supporters to find them bowled out for 111 inside 20 overs. The pace duo of Dale Steyn and Wayne Parnell devastated the England top order and the spinners, Roelof van der Merwe and Johan Botha, proved equally dangerous. 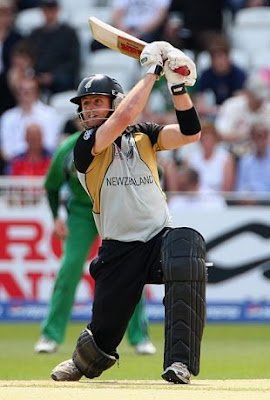 South Africa played with a cool head while chasing the small total and another gem of a knock from Jacques Kallis helped them reach the target without any fuss with 10 deliveries remaining.

New Zealand proved once more that they are a team of the equals. In fact it was one of the replacements, Aaron Redmond, who stole the limelight by blast 63 off 30 balls in the game against Ireland. He was drafted into the playing eleven primarily because of the injuries to the key players.

Scott Styris and Martin Guptill also got going to help their team post a commanding total. Then their bowlers took over to seal an emphatic 83-run victory even in the absence of skipper Daniel Vettori, Jesse Ryder and Ross Taylor.