Not surprisingly the young guns, not the retiring maestro, ruled at the Eden Gardens, Kolkata, where India flattened the West Indies by an innings and 51 runs inside three days in the first of the hurriedly-arranged two Test matches. 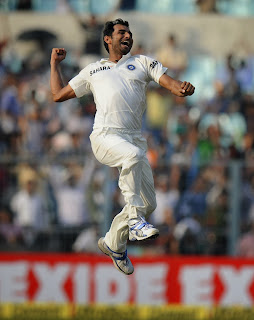 In fact it were two debutants, Mohammed Shami and Rohit Sharma, who stole the limelight in the game which the hosts won very comfortably after being in dire straits on the second morning.

As we have seen often during the latter half of the great Sachin Tendulkar’s career, he was unable to contribute anything of note when the team needed him.

Although Sharma, extending his brilliant ODI form, was declared Man of the Match for his game-changing knock of 177 but there were many who thought that the award should have gone to the young fast-medium bowler Shami instead for claiming as many as nine wickets on a pitch tailor-made for spinners.

The performance of both the debutants was fantastic and they could be considered as new shining lights of Indian cricket. Their immediate objective would be to cement their place in the side and their efforts at Kolkata make them more or less guarantee their spots in the squad that will be touring South Africa in a few weeks of time. 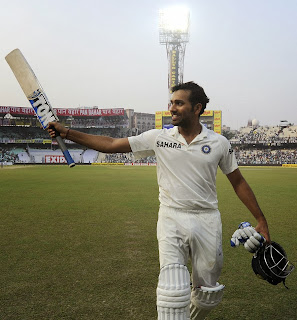 If Sharma and Shami are able to sustain the form they are in at the moment, there’s very little doubt in one’s mind that they would return from South Africa with their reputation enhanced.

Sharma is regarded as the most daring of all Indian batsmen, whose forte is cutting and pulling. He has demonstrated his prowess in ODIs. It seems a matter of time for him to make his presence felt in the Test arena as well.

Shami, who also started his international career with limited overs contests, looks a much improved bowler now and he should be picking up wickets regularly on the South African pitches that are more conducive to swing and seam bowling than the ones at home. He does have the pace to make it count.

The Indian skipper, Mahendra Singh Dhoni, was quick in acknowledging the superlative performances of Sharma and Shami on debut. 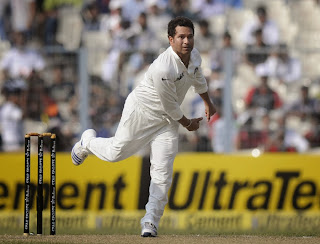 "I think it was a disciplined bowling performance. Shami was fantastic. Most of the fast bowlers got reverse swing, but his line and length was the key. He got the right length and that's why I think he got nine wickets in this game,” Dhoni complimented.

"You need a bit of pace to dominate. You can get a bit of reverse swing, and he's got very good seam positioning which means he can reverse the ball away from the right-handed batsmen. So on wickets that have a bit more bounce, I think he will be even more effective with the ball going both ways. We're all very happy with the performance," he added.

Dhoni was equally generous in praising Sharma. "Well, you have to believe in destiny. I remember in Nagpur, there was a game he was supposed to play, but during the warm-up he injured his ankle and missed the Test. So I think it's good to see him bat the way he has batted. He is very talented, but now that it is reflecting on the field, he's really enjoying his cricket. Hopefully he'll go ahead and take more responsibility," the skipper reckoned.
readmore »»