The nominations of the winners of the awards had been announced by the International Cricket Council (ICC) last year but it took the Pakistan Cricket Board (PCB) around six months to hand it over to the recipients. 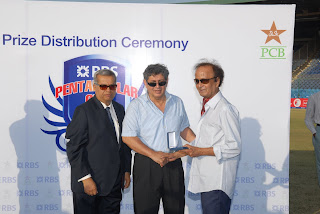 In fact the delay was so frustrating for the award winners that quite a few of them had started to wonder if they would receive it in their lifetime. At least one winner of the ICC award, Gul Hameed Bhatti, expired in the interim period.

While it was a nice idea of the ICC to have thought of recognizing the volunteers across the world, having given their sweat and blood for the cause of the game rather selflessly, but the implementation of the strategy left a lot to be desired particularly in Pakistan.

The ICC probably had no other option than to seek the recommendations from the PCB but more regrettably they didn’t have any mechanism in place to verify the credentials of the nominees.

The list of award winners contains majority of the names who didn’t deserve it at all to say the least. The genuine volunteers or the silent soldiers were purposely ignored to accommodate people having access to the Chairman of the PCB, Ijaz Butt, infamous for doing things according to his whims and wishes in total disregard to merit.

There were just a few exceptions and the person, in the opinion of many, who deserved it more than anyone else was none other than Ahmed Mustafa, a former first-class cricketer, having immortalized himself by setting up an academy where coaching of the highest class is being provided free of cost for close to quarter of a century now.

Ahmed Mustafa, whose health has deteriorated for the past few years, defied the instructions of the physicians to collect the award personally from the officials of the PCB in a ceremony held at the National Stadium, Karachi.

He was presented the award by the Chief Operating Officer (COO) of the PCB, Wasim Bari, with a member of the Board’s Governing Body, Wazir Ali Khoja, also present on the stage.

It was a just reward for Ahmed Mustafa who has spent all his life in grooming the talented youngsters once his own dream of donning the national colour was shattered by a tragic road accident when he was at the peak of his career. 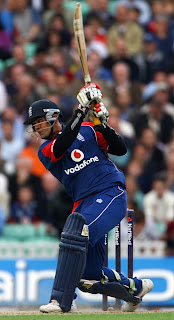 He could not fulfill his ambition of playing Test cricket but he has gone on to make more significant contribution to the game than any Test cricketer by having established a famed academy by the name of Cricket Coaching Centre (CCC).

Azam Khan, Faisal Iqbal and Owais Shah are three Test cricketers having been discovered and trained by the CCC. They were in their early teens when taken to Ahmed Mustafa by their parents.

Quite a few cricket academies have mushroomed over the last few years but it was Ahmed Mustafa who pioneered the idea. Most significantly he has never charged a single penny from his trainees. In fact he has also been instrumental in arranging kits for them besides taking care of the practice balls all along. He has given his life to cricket in the truest sense of the word.
readmore »»