Ijaz Butt should also be tried for criminal negligence

Ijaz Butt has caused the greatest damage to Pakistan cricket. Never before did anyone destroy the game as severely as he did it for three years. Thankfully his three-year tenure has gone by and a new Chairman of the Pakistan Cricket Board (PCB), Chaudhary Zaka Ashraf, has already taken over. 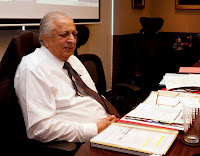 But his predecessor has done irreparable harm to Pakistan cricket and it will be very difficult to get out of the mess in the near future. Although Ijaz Butt is no more in office, the spot-fixing case, resulting in sentence of Salman Butt, Mohammad Asif and Mohammad Aamir, has a direct relation to him and he has to be blamed for letting them interact with dubious people.

As Chairman of the PCB, Ijaz Butt had the absolute authority. He took all the key decisions himself, the majority of them without consulting the so many highly paid full-time staffers. Neither was he known for taking the members of the Governing Board in confidence on critical issues.

He made all the appointments of managers and assistant managers on tours with nepotism and favouritism being the order of the day. People handpicked to perform these duties were hardly well versed with ABC of modern-day management. Neither did they command the respect of the high-flying cricketers having certain star value. 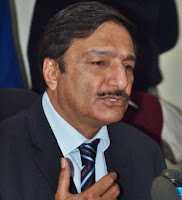 It was a cruel joke with the nation to have sent people like Yawar Saeed and Shafqat Rana as manager and assistant manager respectively on that crucial and demanding tour England in 2010. Instead of keeping an eye on the players and their movements they were reportedly enjoying hospitality from those very elements ultimately causing the greatest humiliation to Pakistan cricket yet.

How can Ijaz Butt be spared? He was guilty of facilitating the joy-riders who enjoyed all-paid trips of nearly every continent of the world. He was there to oblige his cronies without caring the interest of the national team.

The spot-fixing incidents in England could have been avoided if there was a proper PCB setup in place and no one there to dictate terms like Ijaz Butt. It was a case of completely anarchy and the cricketers were free to do as they pleased.

The cricketers found guilty by the London court and the International Cricket Council (ICC) are serving their sentence. But what about Ijaz Butt? Shouldn’t he be tried also for having done so much damage to the cause of cricket which remains the binding force in the country?

Cricket is not just another sport in Pakistan. It’s the game of the masses in this part of the world and people are emotionally associated with it. Hasn’t Ijaz Butt betrayed the nation with his barbaric acts? Hasn’t he caused loss of billions of Rupees to the national exchequer?

There is a court of law in Pakistan as well. The Chief Justice of the Supreme Court of Pakistan, Justice Iftikhar Mohammad Chaudhary, has become legendary by taking so many suo motto actions for the larger interest of the people.

The present government is unlikely to try Ijaz Butt for obvious reasons but all eyes are on the Chief Justice who can summon him to the court to explain how he compromised on national interests for three years running.
readmore »»

Pakistan’s tainted trio get away with token punishments

Pakistan’s former cricketers, Salman Butt, Mohammad Asif and Mohammad Aamir, have been jailed for two and a half years, one year and six months respectively by London’s Crown Court on November 3.

It has been described as a Black Day for Pakistan as it’s for the first time than any cricketer has been sent to prison after being proven guilty of spot-fixing/match-fixing. It was a high profile cricket corruption whose proceedings lasted for 18 days in the London court.

The judgment didn’t come as any surprise and it had seemed a matter of time for these cricketers to be dispatched behind the bars at the strength of high quality of evidence that was believed to be available with the court. In fact many people reckon that these players have been given a let-off with a token punishment.

It’s quite extraordinary to learn that at least two of these cricketers, Salman and Asif, have planned to appeal against the decision. This move looks like asking for a review when a batsman has been clean bowled.

The cricket community in Pakistan is not surprised but certainly disturbed. The people who were misled into believing that these ‘naughty’ cricketers were falsely implicated in a criminal case have also realized that they were oblivious of the facts.

It’s amazing that the family members of these cricketers are coming up with strange comments, offering excuses and explanations that are not being taken seriously because they lack conviction. Neither of these cricketers were babies or kids. All of them, on the contrary, have had very stormy career and their ambitious nature was known openly.

Salman’s sister came on the air. Then we saw his father. Aamir’s mother also gave an interview claiming that her son was implicated or influenced. Either these family members are indeed unaware of the realities or they are making an attempt to gain public sympathy with such emotional statements.

They should know that their ‘worthy’ sons and brothers have harmed the national interest, brought the game to disrepute and broken the hearts of millions of people who certainly can’t be fooled any more.

The International Cricket Council (ICC), who had already banned these cricketers, is likely to come into action to examine the case again in light of the evidences produced in the London court.

It remains to be seen what the Pakistan Cricket Board (PCB) or the Government of Pakistan would decide once these cricketers return to the country, after their sentence in England.

There will be pressure on the PCB to impose life ban on all of them in order to prevent them from getting another chance of compromising on national interests. It would indeed be a criminal negligence if any of them is allowed to don the Pakistan blazer again.

The government can also move in and these cricketers could be tried for the criminal offence that hurt the sentiments of the people of Pakistan.

Whatever the family members of these cricketers might have to say the cricket circles are furious and they won’t let these guys stage a comeback in international cricket, even if they are pardoned by the official bodies at any stage.

No matter how young or uneducated Aamir may be, he’s also unlikely to play for Pakistan again while the careers of Asif and Salman already seem over.