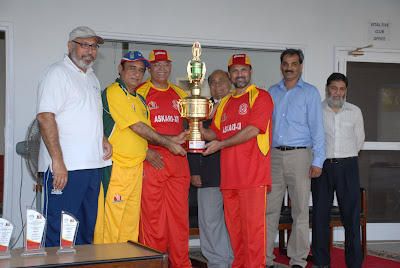 The Customs Cricket Academy (CCA), founded by former Test fast bowler Jalaluddin in 1999, has distinguished itself by providing quality service. Currently celebrating its first decade of excellence, the CCA has also embarked upon the mission of spreading itself.

Headquartered at the Customs Sports Complex in Block 15 of Federal-B-Area, close to the UBL Sports Complex on Rashid Minhas Road, the CCA has recently established a base in the posh locality of the Defence Housing Society. A project by the name of Vital Five Club has been launched, based at the SKBZ Ground.

“The purpose of establishing Vital Five club is to give youngsters a chance to shine. The programme is a commitment for the development of cricket at school level in the eve of raising the standard of Pakistan cricket. This is a cricket carnival, which will give children the benefit of playing sports competitively. Team pairs competition for different age groups (8-10 years) (11-15), and (16-19 years) is planned, and schools are invited to take benefit from the set up,” Jalaluddin stated in his welcome speech during the presentation ceremony of an exhibition match organized to mark the opening of the club.

Jalaluddin, who is remembered for recording the first-ever hat-trick in One-day Internationals, highlighted the objectives of the Vital Five Club and announced the plan to revive school cricket. The club will be managed by the CCA, possessing qualified coaches and other support staff.

Jalaluddin, credited for developing a team of qualified coaches and trainers after having undertaken various ICC-accredited courses himself, has a firm resolve to revive the school cricket.

Meanwhile Askari XI registered an exciting 14-run victory over Showbiz XI in the festival match played in connection with the inauguration ceremony of Vital Five Club at the DA College Ground in DHA Phase VI.

Put into bat, Askari XI, led by Lt Gen Tariq Wasim Ghazi, scored 195 for the loss of wickets in the allotted 25 overs. Former Pakistan captain Moin Khan smashed a breezy 38 while Col Billa made 48. Hockey Olympian Islahuddin contributed 21 before retiring after Saleem Yousuf had kickstarted the innings with a brisk 49.

The damage was controlled by the Showbiz XI skipper, Adnan Siddiqui, who took wickets with Haji Ashraf, Faisal and Waqar being the other successful bowlers. 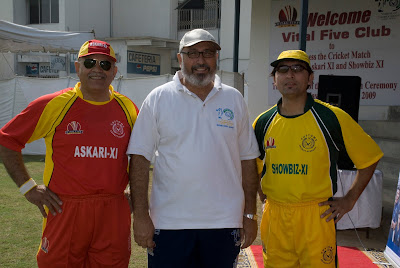 Chasing a formidable target of 196 in 25 overs the Showbiz XI lost a few early wickets but the situation was retrieved by Haji Ashraf and former hockey Olympian Qamar Ibrahim.

There was another mini-collapse following the departure of Qamar who made 36 but Haji Ashraf kept his side afloat until he was run out for 56. Col Billa sealed the fate of the match with three quick wickets as Showbiz XI were bowled out for 180.

Sindh Sports Minister, Dr Muhammad Ali Shah, who was the chief guest in the ceremony, presented Man of the Match award to Saleem Yousuf of Askari XI while Haji Ashraf of Showbiz XI and Col Billa of Askari XI were adjudged the best batsman and the best bowler respectively. 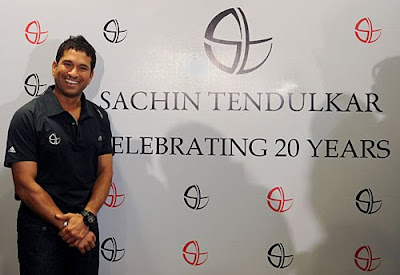 It was a Wednesday on November 15, 1989. I was still very sad and depressed having lost my closest friend, Ali Rizwan, in a tragic road accident just four days ago. I was not in the ideal frame of mind to cover the Test match but it was my duty to do it for The Frontier Past the leading national newspaper published from Peshawar.

The Indian cricket team had come to Pakistan after five seasons. There was a lot of buzz and excitement leading to the start of the four-Test series at the National Stadium, Karachi.

There were a lot of side stories doing the rounds. Krishnamachari Srikkanth was appointed the Indian captain for the first time after the removal of Dilip Vengsarkar in controversial circumstances. The celebrated all-rounder Kapil Dev was ready to play in his 100th Test match.

Pakistan were to award a Test cap to Waqar Younis, carrying the big reputation of being a lethal fast bowler. He was to complement the likes of Imran Khan, Wasim Akram and Abdul Qadir, three of the greatest bowlers in world cricket those days.

But the news catching the imagination more than anything else was the induction of a 16-year-old lad called Sachin Tendulkar in the Indian playing eleven. He had been drafted in the side that was announced in the evening before the start of the Test match. Mohammad Azharuddin was missing in that eleven with Raman Lamba having been included in his place.

The drama began as early as on the first morning when Azharduddin started plucking a few incredible catches as Pakistan were sent into bat by Srikkanth.

Everyone wondered how Azharuddin was there in the field when not mentioned in the original playing eleven. Although officially it was described as a toe injury that kept Lamba out of the game there were speculations that the high-ups of the Indian Board had intervened after learning about the composition of the team.

While the spotlight remained on Azharddin for having picked as many as five catches in Pakistan’s first innings in which Kapil Dev and Manoj Prabhakhar bowled exceedingly well but all eyes were on Tendulkar when India began their reply on the second afternoon.

Tendulkar was expected to bat at number five but probably the loss of early wickets prompted skipper Srikkanth to hold back his teenage sensation for a while. He finally made an appearance at number six position with India reeling at 41 for four. 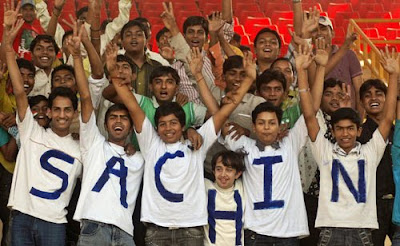 Wasim Akram and Waqar Younis were firing on all cylinders with Imran Khan setting attacking fields as he had plenty of runs in the bank. The pressure was on India when Azharddin was joined by Tendulkar.

Everyone in the media box and elsewhere in the stadium was awaiting Tendulkar, about whom they had heard a lot of being a schoolboy wonder. People pushed each other to get a better sight of the teenager entering the middle.

Tendulkar controlled his nerves splendidly and the 15 runs he scored did make many of those watching him that day realize that a special talent had arrived on the horizon. Obviously very few of them would have imagined him claiming every conceivable batting record in the years to come.