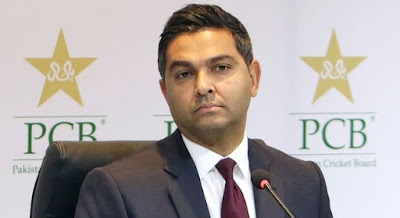 England import Wasim Khan, on September 29, resigned as Chief Executive Officer (CEO) of the Pakistan Cricket Board (PCB) and his resignation was accepted by Board of Governor, it was confirmed officially.
Wasim Khan’s resignation was being anticipated soon after former Pakistan captain Ramiz Raja had taken over as the Chairman of the board on September 13. But it was not expected so quickly.
According to reports, Ramiz Raja desired to bring about sweeping changes in the PCB setup after sitting for few months in the office of the board headquarter at the Gaddafi Stadium in Lahore. However Wasim Khan’s resignation seems to have made things easy for Ramiz Raja, who was observed making the smallest of decisions independently, without consulting anyone after assuming the charge of Chairman, PCB.
Ramiz Raja, rather diplomatically, praised the services of the outgoing CEO, according to the PCB media release. “During his time with PCB, Wasim Khan provided excellent leadership, particularly during the time of outbreak of Covid-19 pandemic. The PCB owes Wasim Khan a debt of gratitude for his leadership and we wish him well in his future plans and career endeavors,” he complimented.
The sources have indicated that Ramiz Raja was expected to appoint Director Cricket after amendments in the PCB constitution. According to reports, another former Pakistan captain Moin Khan, Head Coach of Quetta Gladiators and Lahore Qalanders Chief Coach, Aqib Javed, were also likely to be inducted in the PCB setup. But conflict of interest seemed the biggest issue as they can hold only one position at a time.
readmore »»