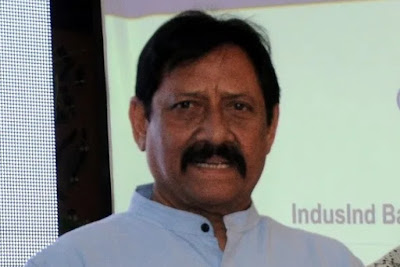 Chetan Chauhan, a former Indian opener and Uttar Pradesh cabinet minister, died on August 16 from COVID-19 related complications after being put on life support for nearly 36 hours. He was 73.

Famous for his solid opening partnerships with the legendary Sunil Gavaskar, he had entered politics after quitting cricket.

He played 40 Tests for his country. Although he scored as many as 16 half centuries, a century eluded him with 97 being his highest Test score.
He was currently serving as the Minister of Sainik Welfare, Home Guards, and Civil Security in the Uttar Pradesh cabinet. He is the second UP minister to have died of COVID-19. Earlier the state’s technical education minister Kamla Rani Varun, 62, had died after testing positive for the coronavirus.

"My elder brother Shri Chetan Chauhan has left us today after fighting a good battle. I sincerely thank everyone who had prayed for his recovery. His son Vinayak will be reaching anytime and we will then perform last rites," his younger brother Pushpendra Chauhan was quoted as saying.

He was admitted to Sanjay Gandhi PGI hospital in Lucknow on July 12 after being testing positive for the coronavirus. His health was reported to have worsened because of kidney-related ailments and he was shifted to Medanta hospital in Gurgaon where he had a multi-organ failure on August 14 and was put on ventilator support.
readmore »»