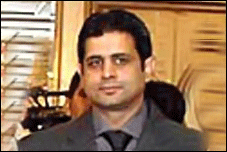 As expected it was Asif Bajwa, Secretary, Pakistan Hockey Federation (PHF), coming under the hammer when the hockey greats addressed the members of the Karachi Press Club on March 18. He was asked to accept the responsibility for the debacle and quit the scene.

The galaxy of hockey Olympians arrived at the club dot on time even though quite a few protest meetings were being held nearby and the roads were blocked. Akhtar-ul-Islam and Islahuddin Siddiqui led the squad that also featured the illustrious figures of Samiullah Khan, Shahnaz Shaikh, Rashid-ul-Hasan, Shahbaz Ahmed, Ayaz Mahmood and Saeed Khan.

The top officials of the Karachi Press Club, Imtiaz Faran (President) and A H Khanzada (Secretary) alongwith the members of the club’s sports committee received the distinguished guests at the main entrance and they were escorted to the terrace where the Meet the Press programme began at the designated time of 4 pm.

Quite a few other prominent hockey players of the past including Mansoor Ahmed, Moinuddin Khan, Qamar Zia, Qamar Ibrahim, Kamran Ashraf and Mohammad Irfan sat in the audience alongwith local club players and fans of the game.

All the speakers lamented Pakistan’s disgraceful performance in the recently concluded World Cup hockey tournament in New Delhi where the team finished at the bottom.

They unanimously attacked the PHF officials for the expected disaster. They attributed the debacle to the defensive approach of the team management as Pakistan could score only nine goals in the six matches they played during the tournament.

Shahnaz Shaikh presented a comprehensive report in which he blamed the PHF for having ignored the advice aimed at improving the performance of the team.

“I had warned the team management so many times to refrain from playing defensive hockey. It’s suicidal approach if you ask your boys to play defensively. It demoralizes the players and their mindset becomes negative,” Shahnaz asserted.

“Our players had to pay the price of getting engaged into defensive tactics. Our strength became our weakness when the boys were put into negative frame of mind. Our boys were drained out and they hardly could attack the rivals with the punch that was no desperately needed. You can’t win a game with out scoring. If you yourself cut down your scoring chances than how can you expect to win,” he argued.

“The management on the bench was mostly shouting in rage rather than design a timely substitution for the aging players. Subsequently most of the goals were conceded in the dying moments of the matches. Most of the goals against Pakistan were scored on counter attacks by the opponents showing a physical fitness problem. It required strength, endurance and circuit training was not planned during training camp,” he said. 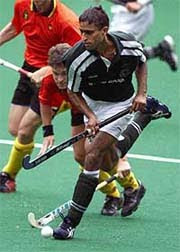 Islahuddin, who spoke behalf of the Olympians, in the extended interactive session, dispelled the impression that the hockey greats were demonstrating the unity to seek any position in the PHF.

“All these luminaries of the Pakistan hockey have secured jobs with their respective organizations where they are employed and neither of us is running for any job in the PHF,” he clarified.

To a question, he said that the Olympians were ready to meet the government officials and discuss the issue with them as they were keen for the revival of hockey in the country. readmore »»