It’s always great fun watching encounters between the traditional rivals, Australia and England. With both the teams eager to give more than their one hundred percent the spectators get their money’s worth and the television viewers are more than happy with the recreational value. 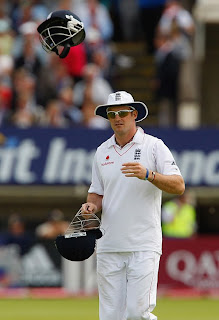 One of the most fascinating features of the contests between the two nations is the involvement of the people. Although there are other avenues of recreation available there’s no love lost for the game of cricket.

The fixtures between Australia and England become even more exciting when the two teams are more or less equal in strength as is the case in the ongoing Ashes series. There’s very little to pick between the two sides and all the three Test matches so far have produced cricket of the highest class.

England lead the series 1-0 by virtue of their historic victory at Lord’s. With two more Test matches to go, the hosts cannot be sure of regaining the Ashes but in the prevailing circumstances the Australians will have to do something extraordinary to stage a comeback.

We are in the middle of yet another classic Ashes series. The Australians dominated the first Test but they were denied victory by the last England pair of James Anderson and Monty Panesar.

England called the shots in the second Test but the big partnership between Michael Clarke and Brad Haddin on the fourth day opened up the game and its fate was not sealed until Andrew Flintoff delivered that superb spell on the fifth morning. Believe it or not it had taken England three quarters of a century to register a Test win over Australia at Lord’s.

Ricky Ponting, in the post-match interview, conceded having been outplayed by the determined England side showing great character and resilience after the narrow escape in the previous game.

Australia took to the field in the third Test with fierce determination to square matters at Edgbaston. They made the bold move of dropping the out of form young opener Phillip Hughes, who was being compared to Don Bradman not very long ago.

Mitchell Johnson, having performed so consistently against South Africa in the home and away series last season, too must have come perilously close to losing his spot because of his indifferent form in the first couple of Tests. The Australian team management could not dare dropping Johnson for the third Test.

The indecisiveness in the Australian camp due to the loss of form of two of their key players was understandable. The injuries didn’t help their cause either and they couldn’t enter the Edgbaston Test in the attacking frame of mind that used to be their hallmark in the past.

Although the match was drawn in theory England won on points in the rain-affected third Test., even in the absence of their star batsman, Kevin Pietersen, who will not be in action in the last two Tests either due to health problems. 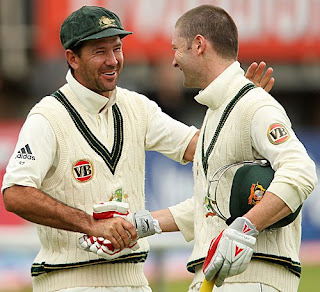 England, in fact, were pushing for second successive victory on the fifth and final day and it was Michael Clarke who prevented the Aussies from dipping further. It would have been harder for Australia to retain the Ashes, if they were blown away in the third Test as well.

Having escaped with a draw at Edgbaston, Australia will have to lift their game in order to turn the tide in the remaining couple of matches. The momentum is with England and Andrew Strauss is in no mood to give it away.