Sourav Ganguly: End of an era 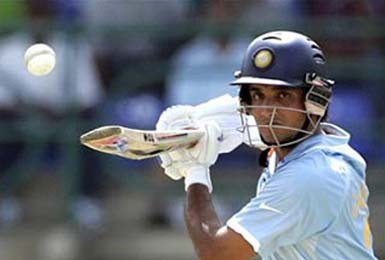 Sourav Ganguly has played his last Test match. Unlike Anil Kumble, who announced his retirement rather abruptly during the course of the series, Ganguly had done it well in advance. He had declared before the start of the four-Test series home series against Australia that it’s going to be his last.

The left-handed Ganguly batted quite brilliantly throughout the series and his only blemish was a duck in his final outing in Test cricket. Even the legendary Sir Donald Bradman was dismissed without scoring in his last Test innings.

Ganguly, cutting and driving with ease, had a very good chance to register a century in his final Test. He was in complete control in the first innings of the Nagpur Test and another century for him looked round the corner.

But what happened in the post lunch session on the second day was a blot for Indian cricket where five wickets went down for literally nothing. It’s not often that a team having scored in the excess of 400 for the loss of five wickets is blown for less than 450 against a bowling attack short of inspiration.

Ganguly, so well set, also perished in that rush of wickets against the run of play. He was only 15 runs short of what would have been a thoroughly deserved hundred.

There were thoughts that he would like to make up with a century in the second innings of the game. But the misery of the second afternoon was repeated a couple of days later when India lost six wickets in a single session, after having amassed nearly a hundred runs without losing any wicket in the previous one. Ganguly, like the other batting greats, fell during what could be described as a ‘fateful’ afternoon session.

Ganguly could have earned the honour of scoring a hundred in his first as well as last Test match. He had scored a century not only on his Test debut but followed it up with another ton in the very next game during that memorable tour of England in 1996. 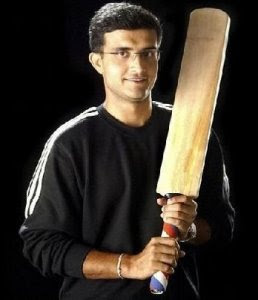 He, in fact, had appeared on course of emulating teammate Mohammad Azharduddin, the only batsman to have scored a century in each of his first three Test matches. Ganguly had gone past 50 in his third Test but couldn’t covert into another hundred.

Ganguly had a dream start to his Test career and he became recognized as one of the most flamboyant batsmen in the game right away. His aggressive style of play suited more to the one-dayers and he excelled there in the role of an opener.

Alongwith Sachin Tendulkar he formed the most formidable opening pair, laying the foundation of numerous Indian victories in the different corners of the world. Their positive approach from the outset demoralized the strongest of bowling attacks and together they posted big partnerships at brisk pace.

Ganguly turned out be an inspirational leader when the baton of captaincy was passed on to him in 2000. He led from the front and he was not afraid to take the risk. Bringing in new energy and zeal with him, he was instrumental in making India the world beaters.

It was during his tenure as the captain when India started winning overseas Tests frequently.The single biggest mistake Ganguly seemed to have committed in his long career was recommending Greg Chappell to coach India. It turned out to be a fatal mistake for him and his team.

Ganguly bounced back in style and his forceful comeback brought smiles on the faces of millions of his supporters. In the interim period he worked very hard to overcome technical deficiencies in negotiating the short balls and he finished career in the manner he had started it, on a high note. The Indian cricket will miss him for a long time.