The mind sports of bridge and chess will be making debut in Sindh Games whose 13th edition will be staged in Karachi from June 1 to 3.

Besides bridge and chess, four other disciplines, rowing, kabaddi, muaythai, and fishing, have been added to raise the tally to 36 disciplines for men and 17 for women with the 13th Sindh Games set to be inaugurated at the National Sports Training & Coaching Centre (NSTCC) on June 1. 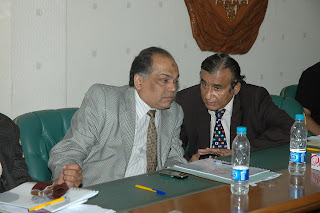 The final decision in this regard was taken in the meeting held under the chairmanship of Sindh Sports Minister, Dr. Mohammad Ali Shah, who is also the President of the Sindh Olympic Association (SOA).

Shoaib Ahmed Siddiqui, Secretary Sports and Youth Affairs to the Government of Sindh, has revealed that all the organizational matters relating to the Sindh Games were being dealt with on daily basis by the various committees having been assigned tasks with deadlines.

Meanwhile the change in dates of the Sindh Games has been ruled out despite the rescheduling of the ongoing intermediate examination.

Shoaib Siddiqui has disclosed that there was no proposal under consideration to postpone the Sindh Games for any reason categorically denying any possible postponement of the event due to the rescheduling done recent by the Board of Intermediate Education (BIEK) in conducting their annual examination.

“We are focusing on providing the best possible boarding and lodging facilities to the participating athletes with the limited resources at our disposal. We have worked out various accommodation plans keeping in mind the hazards of commuting in peak hours,’ Shoaib Siddiqui remarked. 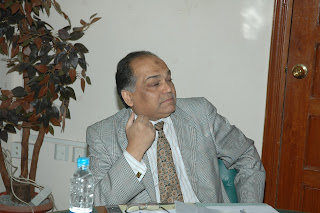 “There’s an option of arranging their accommodation in the various schools in the vicinity of the SSB Sports Complex in Nazimabad which will be hosting a lot of competitions. We are also assessing the possibilities of facilitating the outstation athletes in different hotels,” he added.

“It’s going to be yet another big occasion for the city of Karachi to be hosting the Sindh Games for the third time in 24 years, having hosted it previously in 1989 and 1999. We are trying our level best to stage it in a most befitting manner,” Shoaib Siddiqui observed.

“Another reason for the 13th Sindh Games to be special is the fact that it’s being held during the same year as the Commonwealth Games as well as Asian Games. It will have added significance in order to provide an opportunity to our athletes to prepare for these international events,” he reckoned.
readmore »»