Hasib Ahsan, who expired in Karachi on March 8, was more than a former Test cricketer and an ex-chief of the national selection committee. Although he never held a top slot in the Board of Control for Cricket in Pakistan (BCCP), later renamed Pakistan Cricket Board (PCB), but for quite some time he was regarded as one of the most influential administrators of the game in the country. 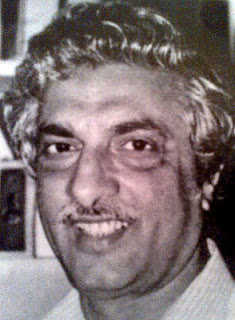 He was believed to have called the shots during the four-year tenure of Lt General ® Safdar Butt in the 1980s when serving the BCCP as the Chairman of the selection committee. It was during this period when Hasib also became the manager of the national team for the tour of England in 1987.

The following winter he was understood to be the man to have taken the command in his hand following the heated debate between the visiting England captain, Mike Gatting, and the veteran Pakistani umpire, Shakoor Rana, which led to the cancellation of the one day’s play of the Test match at Faisalabad.

Hasib was not afraid to lock horns with the people he disliked for some reasons or the other. For a number of years he didn’t let go any opportunity go to settle scores with Javed Burki, accused of cutting short his international career, and Arif Ali Khan Abbasi, whom he considered guilty of shaking the confidence of Shoaib Mohammad.

Javed, who was controversially appointed the Pakistan captain for the tour of England in 1962, reportedly hatched the conspiracy to send Hasib back before the Test in order to accommodate one of his favourites, Javed Akhtar, who was also an off-spinner.

Hasib, who turned the ball prodigiously while playing 12 Tests for Pakistan between 1958 and 1962, couldn’t play again. His bowling action became a matter of debate and what had promised to be a long career came to an end rather abruptly.

He, however, retained the passion and also possibly the grudge as the years went by and he came into the prominence for taking a firm stand against the all-powerful Air Marshal Nur Khan, who was also his boss at the Pakistan International Airlines (PIA).

Hasib had resigned from the post of chief selector in protest of the Air Marshal’s decision to appoint an unfit Imran Khan as captain for the demanding tour of Australia in 1983-84.

In this period he also developed serious differences with his PIA colleague, Arif Abbasi, another blue-eyed boy of the Air Marshal, who was working as the Secretary of the BCCP.

Air Marshal Nur Khan and Arif Abbasi were removed from the BCCP soon after the disastrous tour of Australia in early 1984 and Hasib returned with nearly absolute power in all cricket matters with the appointment of Lt General ® Safdar Butt.

Hasib fought a bitter war of words with the BCCP when Shoaib Mohammad, having emerged as frontrunner for the opener’s slot with a string of high scores in the national tournaments, was ignored.

There was a twist in the tale when Majid Khan succeeded Arif Abbasi as the PCB Chief Executive in 1996 and Hasib was in the thick of things for a while. He was held in high esteem by the subsequent chiefs of the PCB.
readmore »»