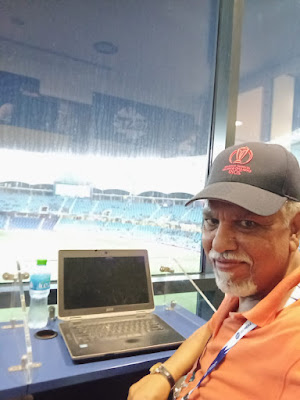 Pakistan inched closer towards claiming spot in the semifinal rounds of ICC T20 World Cup with tension and drama packed five-wicket victory over Afghanistan at Dubai International Cricket Stadium on October 29.
For the second match running, Asif Ali emerged as the hero when he hoisted Karim Janat for four sixes in the 19th over to seal the fate of the dramatic match in front of an enthusiastic and vociferous crowd. They shouted Pakistan Zindabad and Pakistan Aa Gaya Maidan Main as Pakistan completed their win after a few hiccups.
The new finisher Asif smashed an unbeaten 25, under pressure, after facing just seven balls in blink of an eye. Pakistan had lost Fakhar Zaman (30), Muhammad Hafeez (10) and Shoaib Malik (19) as the asking rate kept mounting.
The Pakistan captain, Babar Azam, played a decent knock of fifty but he could not finish the game. Having successfully reviewed leg-before decision which had gone against him, he was cleaned by the same bowler, Rashid Khan, while attempting a cross-batted swipe.
Earlier Afghanistan staged a grand recovery, after having been reduced to 35 for four at the end of six-over power play, to post a competitive total of 147 for seven in their 20 overs. Skipper Muhammad Nabi and Najibullah Zadran lifted them from a precarious 76 for six in 13th over with a fighting unbroken 71-runs stand off 43 balls.
The Afghanistan contingent, which outnumbered Pakistanis in the stands, was silenced by brilliant performance of Imad Wasim, Shaheen Shah Afridi and Haris Rauf. They removed the dangerous power hitter Hazratullah Zazai for five-ball duck and Muhammad Shahzad for only eight in first 16 balls to put them under pressure. When Rehmanullah Gulbaz and Gulbadin Naib went for ten runs apiece, the Afghanistan batting was in tatters. But experienced Nabi and Gulbadin stood firm against spin cum peace attack to keep them in the contest.
Due to the intense rivalry between two neighboring countries, the UAE Police remained on high alert in order to avoid any untoward incident. The match was contested in a tense atmosphere as supporters of both teams expected their respective countries to run away with the game.
readmore »» 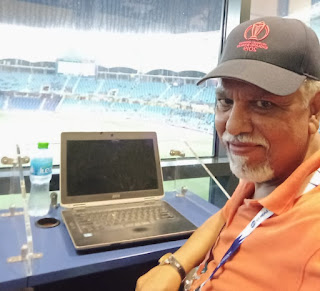 High-flying Team Pakistan will be aiming semifinal berth of the ongoing ICC T20 World Cup by blasting Afghanistan in the third round match at the Dubai International Cricket Stadium on October 29.
Skipper Babar Azam and his team have made a great impact and stamped authority by overwhelming favorites India and New Zealand in their first couple of matches to catch the attention of cricketing world.
Pakistan, it may be recalled, had suffered huge setback when New Zealand, captained by Tim Latham, abruptly deserted the tour on September 13 on account of mysterious security threat and England followed suit.
Pakistan’s preparations for the T20 World Cup were disrupted by the cancellation of both their home series and they were not being rated among the favorites for winning the trophy. But, as always, they lived to the reputation of producing the goods when least expected of them. 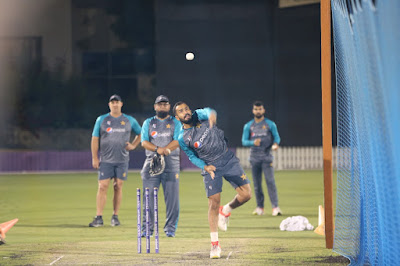 They re-emerged on the horizon from nowhere to give India a heavy dose followed by teaching the Black Caps a security threat lesson by Haris Rauf with sizzling bombing of their powerful batting line up.
However Pakistan’s match with Afghanistan remains of prime importance because of unpredictable nature of their opponents who are known and feared for performing giant-killing acts.
Containing or getting rid of the big-hitting Hazratullah Zazai, Muhammad Shahzad and captain Muhammad Nabi early on and smart handling of top spinners Najibullah Zadran Mujeeb-ur-Rahman will also be crucial in Pakistan’s bid to progress to the knockout rounds. 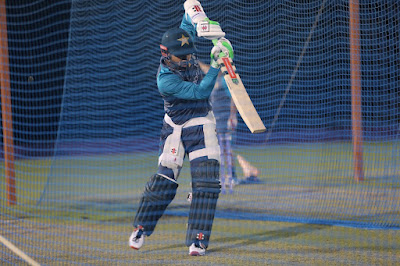 Keeping in view the confidence level and the current form of the green shirts, Pakistan appear firmly placed to retain their top place in the points table with another crushing victory on October 29.
Pakistan’s resounding victory over India is still echoing in the nook and corner of the United Arab Emirates (UAE) and everyone remained full of praise for Babar, Muhammad Rizwan, Shaheen Shah Afridi who brought to an end the supremacy of their fancied arch-rivals.
The electronic media in particular with some former cricketers and analysts have been under fire for underestimating and even ridiculing the Pakistan team. However the Indian captain, Virat Kohli, won the hearts of cricket lovers across the globe with his sporting gesture of smiling and hugging Muhammad Rizwan who hit the winning runs. Kohli was widely hailed as a sporting giant. 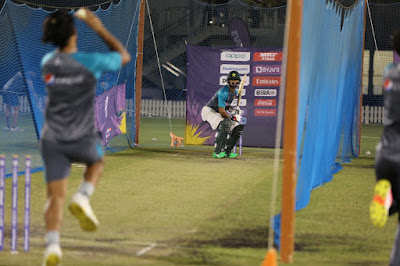 With Pakistan on song, Kane Williamson’s New Zealand team and Kohli’s India would now be left battling for second semifinal. One of these two teams is certain to be eliminated before the knockout rounds and much will depend on the fate of their clash on October 31.
In the meantime, Australia, having never won a T20 World Cup title, brightened their chances for the semifinals when they thrashed Sri Lanka by seven wickets at Dubai International Stadium on October 28.
The 2010 champions England stayed at the top of the points table in the Group-II with two emphatic wins, followed by Australia who have also won both their matches. Explosive left-hander David Warner returned to form with a dazzling 68 off 42 balls studded with ten fours as Australia chased down 155 for three in 17 overs. Skipper Aaron Finch smashed a rapid 37 off 23 deliveries spiced with five fours and brace of sixes. Steve Smith returned undefeated to ensure a cakewalk victory
Earlier sent to bat, Sri Lanka were restricted to 154 for six in the allotted 20 overs. Kausal Perera and Charith Asalanka both hit 35. Leg-spinner Adam Zampa brought the Aussies on top with his spell of four overs, returning the impressive figures of two for 12 while left-arm speedster Mitchell Starc also snapped up a couple of scalps.
readmore »»