Steve Davis should be retired from ICC elite panel

Contrary to what some people might think, for some strange reasons, the Indian cricketers remain more consistently at the receiving end than their contemporaries when it comes to the ICC rulings, be it a match referee or an umpire. 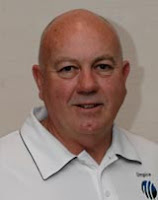 What umpires Mark Benson and Steve Bucknor had done in the Sydney Test between Australia and India in 2008 to bring the game to disrepute was something unprecedented and unheard of.

What match referee Mike Denness had done in the South Africa-India series in 2001 jeopardized the future of the game as the two countries were forced to engage into an ‘unofficial’ Test match after so much of controversies.

In both the above incidents the team to be victimized was common. Not surprisingly the Indians were hard done by the ICC officials on both occasions.

Smaller or minor injustices do keep occurring once in a while and nearly every team gets affected but when it comes to something major or monumental we have the Indians to face the music.

Something similar happened on the fifth and final day of the first Test between India and New Zealand in Ahmedabad on November 8 when the Australia umpire, Steve Davis, committed ‘blunders’ on successive deliveries to create history of sorts.

I am not sure if the idea was to oblige the New Zealand captain, Daniel Vettori, or it was meant to hurt the Indian duo of VVS Laxman and Zaheer Khan, Davis really made a mess of it on both occasions and it must leave a question mark about his future as an ICC umpire.

If Davis is unable to locate or hear those big inside edges then I am afraid he should not be standing in even a club match because it’s against the rules of the game to declare a batsman leg-before wicket if he hits the ball first.

What Davis was trying to do? Was he attempting to bring the match back to life as Laxman and Harbhajan Singh were in the process of saving it for India? By ruling Laxman and Zaheer out on successive deliveries, when neither of them could have been out, he certainly opened up the contest.

A minimum of 40 overs were still to be bowled with India 254 ahead when Davis made those two horrible decisions on successive deliveries of the 90th over of the innings by which time none of the New Zealand bowlers was threatening enough. 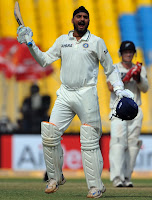 Davis provided the breakthrough to New Zealand and denied a thoroughly deserved century to Laxman. It was a big inside edge and the batsman was well and truly shocked. Zaheer couldn’t believe his luck either as the Australian umpire showed his power by another wrong call.

Harbhajan, who was at the non-striker’s end when Davis was on fire, also had a few words with the beneficiary, Vettori, who only smiled back.

Harbhajan was on the verge of completing his first Test hundred when Davis was striking those telling blows and he showed his distrust for the umpire by opting to clear the field instead of becoming his third victim of the day.
readmore »»