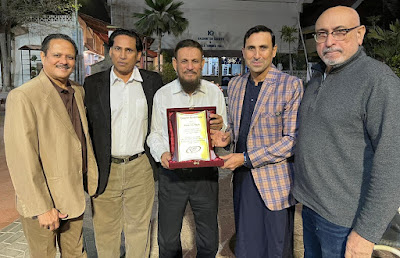 Nasir Ali Shah, a former first-class cricketer from Karachi, became the first recipient of the Cricketer Benefit Fund (CBF) award, instituted by the US-based Global Sports Inc.
He was an opening batsman who played for Karachi, United Bank Limited and Pak PWD. He also captained his teams on many occasions.
The presentation ceremony was held recently at the Karachi Gymkhana in which Younis Khan, a former Pakistan captain and holder of many Test records, handed over the cheque of PKR five lacs to Nasir Shah on behalf of Global Sports.
The presence of Younis, a legendary top-order batsman with a number of records under his belt, was a massive source of encouragement to the organizers and promoters of the noble cause, jointly undertaken by a few of former Pakistani cricketers and philanthropists having relocated in USA. 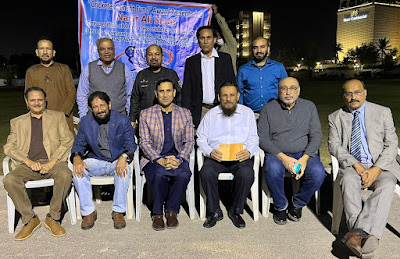 The ceremony was organized through the courtesy of Jalaluddin, a former Test fast bowler and the highest qualified coach of the country, currently visiting his home city. Anwar-ul-Haq, Naeem-ul-Haq, Waqar Hussain and Zafar Ahmed were among the other cricketers present on the occasion.
Naeem, who played for Karachi, Pak PWD and Pakistan Customs, has been a part and parcel of Global Sports since its inception around 17 years ago. He had specially travelled from Orlando, USA, to be part of the presentation ceremony in Karachi.
Having been associated with Global Sports as its Vice President, Advisor and Coach, Naeem is acknowledged as the person to have floated the idea of supporting former cricketers back home which led to the formation of the CBF and Nasir Shah was selected as the recipient for the inaugural award. 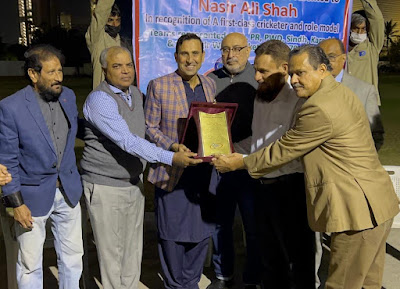 In a brief conversation with PNFS, Naeem informed that besides being an outstanding cricket player, Nasir mentored quite a few of his teammates, including him, and he was widely respected for his leadership qualities.
Naeem also disclosed that the CBF will announce the next beneficiary for 2022 during the Diversity Cup Tournament, scheduled to be held in Detroit, Michigan, next July.
He expressed gratitude to his colleagues and patrons of Global Sports, particularly its Founder President, Shahid Ahmed, and Dr Shaukat Rashid of Ohio, to have launched the initiative which will be their token contribution for recognizing the silent soldiers and unsung heroes of the game.
readmore »»