Anwar-ul-Haq, a former opening batsman, has lauded the services of the Customs Cricket Academy (CCA), having hit headlines lately by annexing the Rajiv Gandhi Under-15 Trophy Cricket Tournament in Chennai, India. 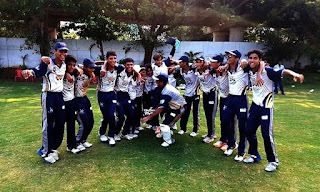 “The CCA, founded by Jalaluddin, the highest qualified coach of the country, has been doing a fabulous job over the years and the recent triumph of their Under-15 outfit in India is just another feather in their cap,” the former first-class cricketer turned analyst remarked in an interview.

“The manner in which the CCA teenagers performed in India recently very clearly brought to light the virtues of modern coaching and training. They were able to outsmart their opponents because they possessed talent as well as the desired grooming,” Anwar-ul-Haq thought. 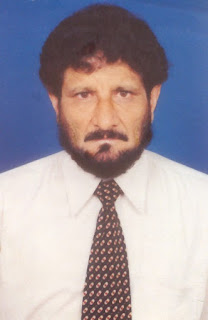 “It’s quite an accomplishment on part of the CCA Under-15 outfit to have overwhelmed Tamil Nadu by 47 runs at Marina Cricket Ground in Chennai. After winning and losing a game in pool stage against Chennai and Haryana respectively, CCA remained undefeated in three knockout matches. It’s never easy to perform well in the alien conditions so the boys deserved to be hailed for doing it there,” he reckoned.

“Besides their cricketers the entire support staff and the management of the CCA deserved accolades for this victory in India. There were some brilliant individual performances alright like that of opener Saim Ayub, who clinched a couple of Man of the Match awards besides winning Man of the Tournament trophy, but it was the teamwork that led to success in challenging environment,” Anwar-ul-Haq pointed out.

“The Pakistan Cricket Board (PCB) should also lay greater emphasis on training and coaching in addition to running its academies. They should engage the trainers all over the country in a proactive manner to let them coach the talented youngsters to let them unfold their skills,” he suggested.

Anwar-ul-Haq felt that Jalaluddin, a former Test fast bowler and one of his contemporaries, on account of his accomplishments as founder head coach of the CCA, should be provided an opportunity to be a part of the coaching setup of the national team or the national academies.
readmore »»