Dhoni’s boys give a befitting birthday present to Kapil Dev


Sunil Gavaskar, while commentating in the third and final One-day International between India and Pakistan at the Feroz Shah Kotla Ground in New Delhi on January 6, was lamenting the fact the Indians, more often than not, had let the World Cup winning captain, Kapil Dev, down on his birthday. 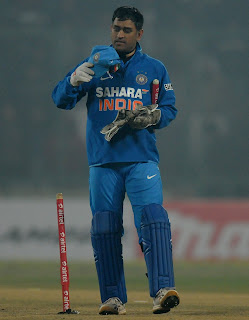 Sunny, himself a former captain, was referring more towards the New Year Tests in which the Indians were generally found wanting while playing on the hard and bouncy surfaces in Australia and South Africa.

Although he didn’t say it but the position in which India were in at that moment, a whitewash at the hands of Pakistan in the three-match ODI series was very much round the corner on another birthday of Kapil Dev.

Obviously Mahendra Singh Dhoni, who was out in the middle defending a very low total, would not have heard the ‘on-air’ conversation between Harsha Bhogle and Sunil Gavaskar but he seemed to have got it somehow.

The Indians, for a change, played much better cricket than they had been doing for the past few weeks and quite unexpectedly to say the least turned it around to win the match against all odds. 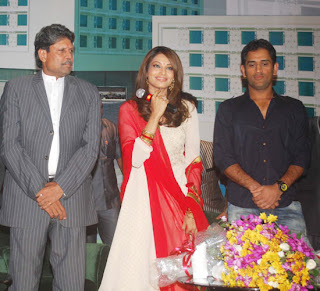 Their victory in the 3rd ODI was as much surprising as the defeat at the Eden Gardens in Kolkata in the 2nd ODI just a few days ago where they had collapsed while chasing what looked a modest target in conditions nearly ideal for cricket.

Dhoni, who had emulated Kapil Dev by leading India to World Cup triumph in 2011, ensured that the champion all-rounder’s birthday party was not spoiled this time round.

Under fire for the losing streak, Dhoni was a doubtful starter for the third and final game with the rumours that he was being removed from the job. He was being criticized despite coming up with fighting performance in every match.

The unlikely victory on Kapil Dev’s birthday could help Dhoni in regaining his control over the team and the boys are more likely to perform against England in the upcoming ODI series. His case has been helped by the omission of Virender Sehwag who was just not in his elements. It’s surprising that Gautum Gambhir has still been retained despite his ordinary performances in the recent past. 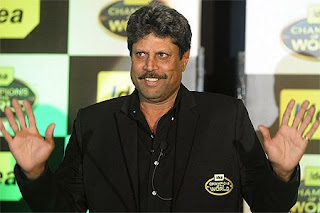 More than the Indian team which has been floored frequently of late their selection panel headed by Sandeep Patil should also be held responsible for the debacle.

The inconsistency of the selectors has been hurting the team badly. While India, after having lost the first two games of the series, struggled to register a come from behind win in the third ODI against Pakistan, India ‘A’ got the better of England in a limited-overs contest the same day.

Didn’t it reflect poor selection? If India ‘A’ possessed the firepower to dominate England then how come quite a few members of Team India looked like passengers if not novices. Won’t India be better off fielding ‘A’ team against England in the ODIs instead of taking a chance on the tired legs and buttered fingers of those having looked jaded and demoralized? A food of thought certainly!
readmore »»