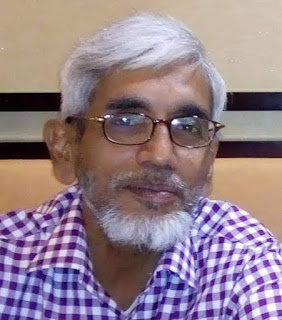 One of Pakistan's senior sports journalists, Khalid Hasan Khan, who was working at Dawn, the country’s premier English-language newspaper, breathed his last at Karachi’s Liaquat National Hospital on November 23.
According to the family sources, he was hospitalized after suffering a brain hemorrhage a couple of weeks of ago. He was 58, having left behind a widow and four daughters to mourn his death.
He was a member of the Karachi Press Club (KPC) as well as the Karachi Union of Journalists (KUJ) for the last many years.
He extensively covered domestic and international cricket at home. His last international assignment was in Rawalpindi where he had flown to cover the Pakistan-New Zealand ODI series which was cancelled at the eleventh hour due mysterious security concerns of the visitors.
Khalid Khan was considered an authority on domestic first-class cricket which he covered comprehensively with dedication and commitment for many decades.
He had started his career by contributing to the famous monthly cricket magazine ‘The Cricketer Pakistan’ in 1980s and later switched to daily journalism by joining ‘The News’ soon after its launch in early 1990s. After working there for about a decade, he joined Dawn for whom he continued working until the time of his death.
A quiet person by temperament, he was popular among the media corps which used to assemble at the National Stadium Karachi Press Box to cover various matches. His death is a great loss to sports journalism in Pakistan and it will leave a kind of vacuum in the cricket reporting arena.
readmore »»