Posted by Editor at 11:27 AM .
1 comments
Labels: Rahul Dravid
By Syed Khalid Mahmood
What a great move by the Indian cricket authorities to have recalled Rahul Dravid in the one-day arena! I think they did realize finally that life was not all about glamour and lights. The tough characters generally play the pivotal role in bringing about the results be it the entertainment industry or the field of cricket. 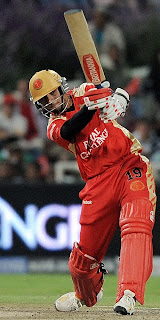 When we talk of mental toughness, the one man who comes to mind right away is Dravid. He was probably sidelined from the One-day Internationals in order to accommodate the enterprising youngsters who were knocking at the doors for some time.
The young guns like Suresh Raina and Rohit Sharma have been provided the opportunity up the order but they have not been able to deliver consistently yet. The selectors have lost faith now in Sharma at least for the time being, after his run of poor scores of late, but the left-handed Raina has made the cut once more.
Dravid’s recall has been prompted by quite a few factors. Obviously the recent failure of Sharma and other young lads in challenging conditions must have created doubts about their abilities to cope with the pressure.
Dravid’s own performance in the second edition of the Indian Premier League (IPL) staged in South Africa earlier this year was brilliant. He had proved the point that skills and experience were the vital elements even in the shortest version of the game.
Thirdly the upcoming Champions Trophy was going to be held in South Africa where the pitches would not be as flat as the ones in the Indian sub-continent. The selectors had to keep in mind the importance of grafters for conditions unfriendly for batting.
The selectors have done the right things by going back to Dravid instead of blooding another raw youngster and jeopardizing his future. It’s always a wise move to go back to the basics. 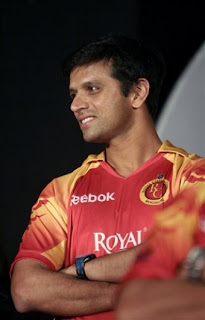 India would need the expertise of Dravid and Sachin Tendulkar for putting the big totals on the board. The likes of Mahendra Singh Dhoni and Yuvraj Singh can do the business in the latter part of the innings but they would love to have wickets in hand when going for the acceleration in the death overs.
The presence of Dravid brings stability to the Indian batting that has been found wanting more often than not in conditions not ideal for batting. He can anchor the innings and more importantly his sound technique would allow him to weather the early overs when the ball does a little bit extra.
Dravid has been a class act throughout his career. He is a team man to the core who is always there to lift the morale of the side. He will indeed feel greater energy in his legs now for the selectors have reposed confidence in him for the big challenge ahead.
With the Indians having a lethal fast bowling attack these days, Dravid is more likely to remain stationed at the slips instead of doing the running around in the outfield. The stage is set for him grab the headlines once more.
readmore »»