There’s absolutely no harm in using the social networking sites as means of communicating thoughts to a wider audience but one has to draw a line what’s to be shared publicly and what’s to be strictly avoided. 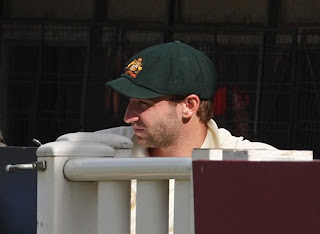 Even the celebrities, besides the stars in the making, now consider such sites being of some use to them but the wiser ones are selective in sharing their thoughts because the idea, more often than not, is to gain popularity rather than start a controversy.

I am not too sure what exactly was in the mind of Phillip Hughes, a 20-year-old Australian opener into his first year in international cricket, when he chose Twitter, one of the most popular social networking sites, to ‘break’ the news of his axing from the playing eleven for the third Test against England at Edgbaston quite a few hours before the start of the game in wet conditions on July 30.

What Hughes had probably overlooked is the fact that the matters discussed in the team meetings are for their own consumption only and the stories need not to be told outside the dressing room or the hotel wherever they assemble for the brainstorming.

Neither the decisions taken in team meetings are meant to be announced by the individuals. It’s the responsibility of the team manager or the media manager to take care of hassles. A cricketer is meant to concentrate only on his own game and contribute to the team in the best possible manner.

Hughes might have been a bit too upset by the decision of the Australian team management to sideline him after the failures in the first couple of Tests in the ongoing Ashes battle. With the Australians trailing in the series one can surely understand their eagerness to catch up before it’s too late.

Hughes has to learn his lessons quickly. He not only needs to improve his technique with the bat in order to regain his place in the team but he also has to acquire wisdom before he’s caught in even greater mess.

The premature disclosure of Hughes that he was being replaced by Shane Watson for the Edgabaston Test appears to have caused embarrassment to Cricket Australia as well and it remains to be seen if the enterprising left-handed opening batsman faces any disciplinary action or he’s just issued a warning.

His manager, Neil D'Costa, who looks after the Twitter for Phillip Hughes, has come out with an explanation that the time difference between the countries led to the confusion and created the controversy. 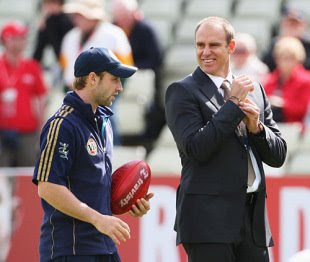 D’Costa clarified that he was in India while the Twitter matters were being handled in Australia and the Test match in question was being held in England. Well he should now exercise more caution not only in selecting the right contents but also crosscheck abut the timings.
Hughes has to improve as well with coach Tim Nelson not mincing words: "He does need to go away and work at his game. He probably exceeded our expectations initially with the success he had in South Africa, and the way he played.”

Hughes, who was being hailed as the new Mathew Hayden after the dream start to his career in South Africa, has to work exceptionally hard now to score the heaps of runs at the international level in the manner he had done for New South Wales and Middlesex.