After having come up with below-par performance in the preceding series of Twenty20 Internationals and One-day Internationals, will India continue obliging the New Zealanders in the Tests as well starting from March 18? 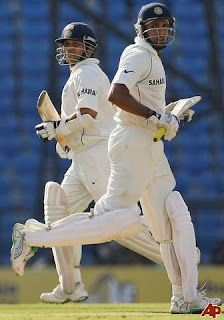 The Indians were the overwhelming favorites to dominate all the three versions of the game but their inability or to some extent unwillingness to complete the rout has kept their supporters guessing.

Skipper Mahendra Singh Dhoni appeared a bit apologetic to the fans having come from all parts of Auckland to the Eden Park to watch their icons in motion. But what they got in return was a shameful performance from the bunch of cricketers who have loads of talent and who are better than the best.

Looking at the two outfits for the Test series, there is hardly any comparison. While the Indians are on a high having performed exceptionally well, despite the odd below-par showing, of late the hosts have generally struggled.

Let me start with the batting department. Virender Sehwag and Gautam Gambhir are considered to be the best opening pair in all forms of the game. Both of them like to attack but they are adequately skilled to make big hundreds.

The Indian middle-order is second to none in terms of experience and class. In Rahul Dravid, Sachin Tendulkar, VVS Laxman and Yuvraj Singh they have the depth and character. Add skipper Dhoni to this list and you have a group of seven batsmen all of whom can win the match on their own.

The New Zealanders have just too many newcomers in their folds who must be having the talents but lack in experience. Test cricket is one area where the bits and pieces cricketers are often exposed. It remains to be seen if the hosts do have some potentially fine Test batsmen.

Turning towards the area of bowling, for the first time in many years, India are in a possession of a new-ball attack that has been acclaimed as the best in the business. In Ishant Sharma and Zaheer Khan they have most potent fast bowlers who have been successful even on the flattest of tracks.

India may not have a world-class first change bowler in the present squad, as the selectors didn’t deem it to proper to pick Sreesanth or R P Singh for this particular tour, but they are well served in the spin department in the presence of Harbhajan Singh and Amit Mishra. 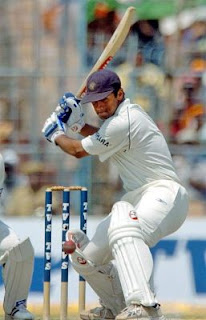 New Zealand can only match the tourists in the spin department because their skipper Daniel Vettori, a champion left-arm spinner, has had success against all teams particularly India.

It will be interesting to find out what kind of pitches would be there for the three-Test series. The New Zealanders may opt for green tops to unsettle India’s formidable batting line-up but they could land themselves land in greater trouble because the visitors are much more resourceful in the pace bowling department than before.

India would be the favorites on all kind of surfaces going into the Test series against this New Zealand side. That the Indians would like to dictate terms for considerable time or will they go about the business as softly as they did in both the T20Is and the fifth and final ODI remains to be seen.