Younis out, Yousuf in 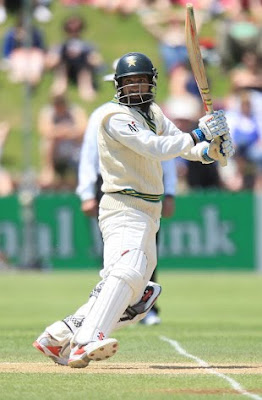 That’s how things stand at this point of time. Younis Khan is nowhere in the picture now, having refrained from making an appearance in the domestic circuit after having withdrawn himself from the tour of New Zealand. He has himself provided the opportunity for Mohammad Yousuf, the caretaker captain, to get an extension.

With Younis having disappeared from the scene, the stage was set for Yousuf to continue as captain for the upcoming visit to Australia. I think it made sense for the selectors not to have considered Younis for the Australian series because he was guilty of skipping the ongoing Quaid-e-Azam Trophy. Neither had he informed the selection committee or the Pakistan Cricket Board (PCB) about his availability.

As it turned out Younis, who might have had other ideas, was dropped from the Pakistan squad altogether let alone regaining the captaincy. Yousuf, as expected, was appointed captain for the Test as well as the one-day series against Australia.

Younis probably was under the illusion that he would be approached to lead the team again after Yousuf was done with the Tests in New Zealand.

There is another school of thought suggesting that Younis didn’t declare himself available purposely for the Australian series where he expects the Pakistan team to have a tough time on the bouncing pitches.

Only time will tell if Younis has made a mistake by not touring Australia. The Pakistan batsmen are expected to struggle while coming to terms with the Aussies but didn’t this mean that the senior batsman should have thought of coming to the rescue of the team.

Younis, with so much experience behind him, was more likely to fire on the Australian pitches where the youngsters could face chin-music if found wanting in handling the short-pitched deliveries.

For the sake of the team Younis should have toured Australia and helped the young guns in boosting their confidence. Here was an opportunity for him to enhance his reputation as a leader. But he has gone for the soft option of taking a rest when his team will be pitted against the strongest bowling attack of the world. 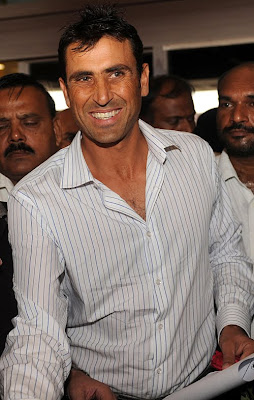 Yousuf will have a point for an even longer tenure as captain if he leads the team against Australia with some conviction and withstands the pressures with any degree of success.

Neither Younis nor Yousuf are natural leaders, unfortunately. Both of them have had to lead the side because of the lack of choice.
It will be hard for Younis to regain the captaincy if Yousuf succeeds. That must have been the understanding when Yousuf was offered the leadership during the course of the ODI series against New Zealand in the United Arab Emirates (UAE).

The politics had taken its toll and almost the entire team had reservations about Younis, who was probably left with no option than to quit. I don’t think it had much to do with the result of the games. Such things have been part and parcel of the Pakistan cricket for quite sometime now.