Imran Shahzad finally accomplished his mission of winning a national ranking tournament when he edged out Sohail Shahzad in the final of the Del Monte Snooker Cup at the Karachi Club on October 3.

Just like a few of his illustrious contemporaries he needed over a decade to pocket a title after having come close on numerous occasions. Khurram Hussain Agha and Naveen Kumar Perwani had endured similar fate for a number of years before finally laying their hands on a trophy.

The Chairman of the National Assembly Standing Committee on Sports, Iqbal Mohammad Ali, was the chief guest in the presentation ceremony, presided over by Anjum Nisar, a former President of the Karachi Chamber of Commerce and Industry (KCCI), and Managing Director, Del Monte.

The chief guest presented a cheque of Rs 50,000 to Imran along with the glittering trophy while runner-up Sohail collected a purse of Rs 30,000. There was another cash award of Rs 5,000 for Imran for having recorded the highest break of the tournament.

There was more reward for Imran as Anjum Nisar offered him a one-year contract of Rs 8,000 per month Another good news for both the finalists was their qualification in the IBSF World Snooker Championship 2010 to be held at Damascus, Syria, in December.

The Lahore-based Imran has remained one of the top cueists of the country for a while but a tournament win was eluding him until he finally produced the kind of performance that was being expected of him for a long time.

The 35-year-old Imran had to work extremely hard to earn the title and it needed a special effort to overcome Karachi’s Sohail Shahzad 8-6 in the best of 15 frame final that lasted close to six hours.

It was a final to remember as the fortunes kept fluctuating dramatically and the outcome was in doubt until the very end. It was one of those very few contests that remained locked at 4-4, 5-5 and 6-6 before Imran finally pressed home the advantage.

After having chalked up a break of 123 in the sixth frame he sealed the fate of the tournament with another classy break of 103 in what turned out to be the last frame of the marathon duel.

It was the first outing in the final for the 28-year-old Sohail who also has improved in leaps and bounds during the last couple of years to be ranked among the top cueists all along. 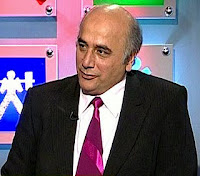 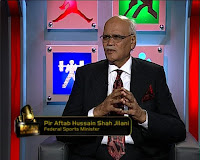 The Federal Sports Ministry had committed to foot the bill for the foreign coach the PBSA was planning to hire as the basic objective was to train the cueists for the Asian Games. With the non-issuance of NOC to Sanjay Sawant the PBSA functionaries have very little time to get hold of a coach from any other country.
readmore »»