Many people believe that the veteran middle-order batsman Mohammad Yousuf has gone overboard in his pursuit for money. He has not won many friends by taking far too many U-turns in his career. Like anyone else he is trying his level best to extract maximum possible bucks at the twilight of his career but he seems to have exceeded the norm and may have to face the music. 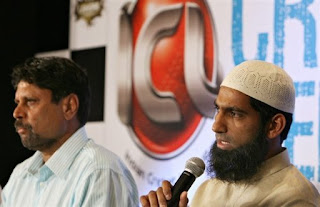 The entire world knew that he comprised on his international career when he joined the Indian Cricket League (ICL). Now he is passing the impression as if he had done a service to the nation by playing in the ICL. In reality he was doing just the opposite.

Yousuf seems to have crossed all limits by engaging himself in activities unbecoming of a sportsman of his caliber. What he is attempting to prove by misleading the people in general and the media in particular will only make him more unpopular.

Lately he has expressed his desire to cancel his contract with the ICL in a bid to play for Pakistan again. He may have to think twice now since the management of the ICL has also come out to issue a warning to him. They have said that they will not hesitate to sue him if he opts out of the present contract.

Yousuf has been very clearly communicated by the ICL that he would be taken to court if he violates the agreement he has signed. He’s a part of the Lahore Badshah squad that includes player like Abdul Razzaq, Imran Farhat, Imran Nazir, Mohammad Sami and Rana Naved-ul-Hasan who also can stake claims in the national team if they cut off ties with the ICL.

The attitude of the Pakistan Cricket Board (PCB) is mind-boggling to say the least. Why are they encouraging the ICL players, having betrayed the nation, to resume their career at international level?

Wouldn’t the PCB be better off supporting promoting the young talent instead? It’s a pity that even skipper Younis Khan is putting his weight behind those cricketers who had proceeded to the ICL fully aware of the consequences.

The PCB Chairman, Ijaz Butt, has frequently stated that Yousuf will be included in the national team the moment he cuts ties with the ICL. Well how can the chairman of the Board know if Yousuf is fit enough to play.

Yousuf, at the strength of his past accomplishments, can walk into the team but he has to prove his fitness. The PCB Chairman, who is not expected to be sentimental, should rather say that Yousuf will be considered for selection whenever available.
Talking of sentiments, people also think that Yousuf himself has been involved in emotional blackmailing. He was accused of twisting the facts in the Meet the Press Programme held at the Karachi Club a few weeks ago.

Yousuf was unable to come up with a convincing reply when asked to explain what was the difference between him and a mercenary. He was found wanting in tacking the ticklish questions, raising doubts about his integrity. 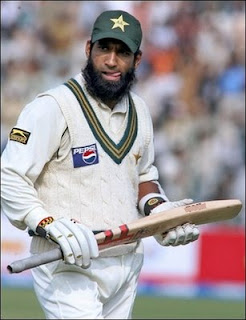 Some insiders indicate that Yousuf had rejoined the ICL last year after developing serious differences with Shoaib Malik, the then Pakistan captain and the situation has changed with the arrival of Younis Khan in the hot seat.

He has had a troubled relationship with the ICL after initially signing a three-year-contract with the league and then trying to pull out in favour of the IPL. However, he was not picked up by any IPL team and returned to the ICL on a fresh contract after both sides agreed to call off a legal case that had been lodged on the issue. Now he is threatening to pull out of the ICL. What next Mohammad Yousuf?
readmore »»