Tayyab, adjudged Man of the Match, returned the figures of 4 for 22 off six overs which sent Falconhouse Grammar School crashing to a paltry 84 all out in 21.3 overs. St Paul English School raced to the modest target of 85 with as many as 18.4 of 40 overs to spare.

The first match of the tournament, being organized by the Pakistan Veterans Cricket Association (PVCA) and sponsored by English Biscuit Manufacturers (EBM), the makers of the famed Peek Freans biscuits, turned out to be a one-sided affair with St Paul English School dominating the proceedings from the outset.

Falconhouse Grammar School batted first after winning the toss but only opener Muhammad Farjad (21 off 34 balls) and number ten Zain Mazhar (12 off seven balls) could enter double figures as they struggled against the left-arm spin of Tayyab Hussain and off-spin of Saad Abdul Rahman.

St Paul English School lost an early wicket but solid knocks from opener Saad Baig (21 off 50 balls) and Shamsher Daniyal (15 off 43 balls) put them firmly in control and the cameo from Khizar Khan, who remained unbeaten on 24 off 20 balls, completed a comfortable victory for them.
readmore »»


Younis Khan, a former Pakistan captain and one of the greatest-ever batsmen produced by the country, inaugurated the ninth edition of the PVCA/EBM Inter-Schools Cricket Tournament 2018 in a colourful ceremony at the Karachi Gymkhana Cricket Ground on October 11. 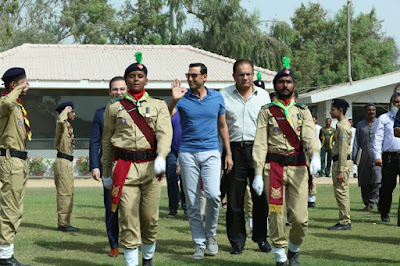 The members and officials of all the participating 32 schools were also in attendance, alongwith the functionaries of the tournament organizing committee, in the inauguration ceremony that lasted about an hour.

The tournament is being organized by the PVCA and sponsored by English Biscuit Manufacturers (EBM), the makers of the famed Peek Freans biscuits. 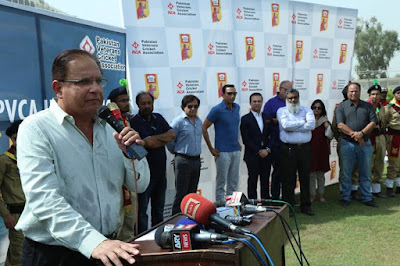 The PVCA will be spending over Rupees two and a half million in holding the event whose semifinals and finals, to be telecast live, are planned to be staged at here at the National Stadium.

A total of 55 matches are scheduled to be played over a period of couple of months. The participating 32 teams have been divided equally in eight groups which includes eight government schools of the metropolis.

At the end of the league matches, all the eight group champions will be advancing to the knockout stage of the competition, starting with the quarter-finals on November 26. The semifinals on December 14 and 15 will be followed by the final on December 16. 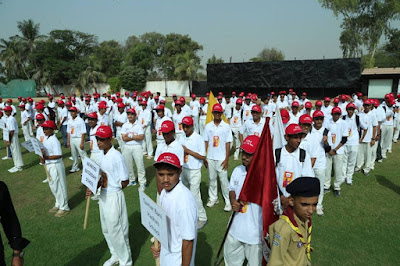 Each school has been allowed to field one guest player in a match, provided he doesn’t belong to any of the other participating school and hails from Karachi.

The organizing committee will strictly monitor the age of the players and if any player is found to be overage, the defaulting school will be scratched from the tournament.

Besides arranging for meals and refreshments during matches, the organizers will also be providing shirts and caps to the participants and it will be mandatory for them to wear the sponsored shirts and caps during their matches.

Alongwith the Karachi Gymkhana Cricket Ground, the other venues to be used for the tournament will be National Stadium, Naya Nazimabad Stadium, Asghar Ali Shah Stadium, Eastern Star Ground and RLCA Ground.

The PVCA has been organizing the Inter-Schools tournament in Karachi for the ninth time, having launched it with great fanfare in 1999.
readmore »»