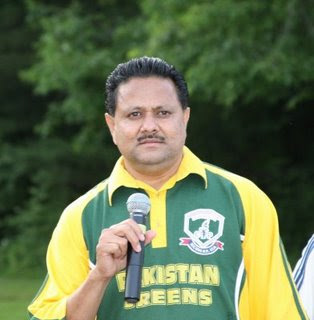 While appreciating the efforts of the International Cricket Council (ICC) in globalization of the sport, Naeem-ul-Haq, a former cricketer from Pakistan having relocated in the United States of America (USA), firmly believes that better results could be accomplished if more funds were allocated to the grassroots development.

“The ICC would be better off investing in the infrastructure development in countries where cricket remained a minority sport. I believe that in order to fast track their efforts they should enhance their grants to the member countries,” Naeem, one of the coaches of the United States of America Cricket Association (USACA), observed in an interview during his recent visit to Pakistan.

“I must say the ICC has been doing a fabulous job by funding the national cricket bodies of their member countries but I have a feeling that the results would start coming faster if they could directly take care of the various coaching programmes aimed at engaging the youngsters in particular,” he opined.

“The countries like USA, Canada, UAE and Hong Kong certainly need more funds to carry out their development programme. Since it’s not easy to get sponsors attracted to cricket in these countries, the ICC is expected to be more generous in extending financial support to them,” Naeem, who is the coach of the South East of the USACA covering the states of Florida, Georgia, North Carolina and South Carolina, reckoned.

“I think cricket can flourish in these countries in particular if more work was done in promote the game at schools, colleges and universities. Cricket has a potential and a lot of hard work is needed besides deep pockets,” he added.

Naeem himself is one of those individuals having made standout contribution in the promotion of the sport in USA. Having started his career in his hometown Karachi, he played first-class cricket for his employers Pakistan Customs before who having relocated on the outskirts of Miami in Florida.

Naeem has been working hard for the promotion of the game from the moment he reached there. His passion for cricket kept growing and he undertook courses to become a qualified coach.

He, alongwith Raza Jaffri, has been instrumental in setting up the Florida Cricket Academy in Fort Lauderdale. They are being provided the technical and advisory support by the famed Karachi-based Customs Cricket Academy, founded by Jalaluddin, the first bowler to have recorded a hat-trick in One-day Internationals, who has also distinguished himself with his coaching skills on modern lines. 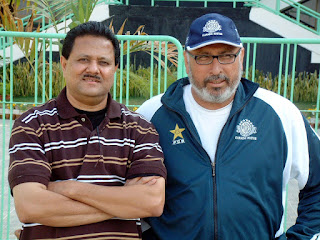 Naeem has also been actively involved with the Michigan Cricket Association (MCA), having worked closely with its President, Shahid Ahmed, who has also moved there from Karachi.


Both these gentlemen have been chief responsible for the success of the Diversity Cup that they have been able to hold successfully in Michigan for the past few years. It has become an annual event in which teams from different communities take part every summer. They have already finalized their plans to hold this year’s Diversity Cup in early July.