Nadeee Omar, a veteran sports promoter and a cricket administrator, has begun his election campaign with a bang. He announced his programme in the presence of some of the influential and venerated cricketing personalities along with a large battery of covering media professionals at the Karachi Gymkhana on October 7. 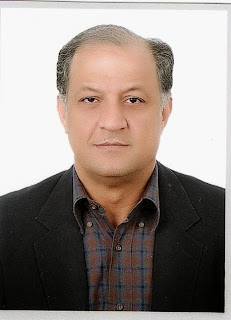 The founder and patron of the successful cricket teams like Omar Associates, Omar Cricket Club and Capricorn Discount Cards has vowed to transform the Karachi City Cricket Association (KCCA) into a bigger entity than the Pakistan Cricket Board (PCB), if elected as its President.

With former Test cricketers, Salahuddin Ahmed, Sadiq Mohammad, Jalaluddin and Nadeem Khan sitting at the stage with him, lending obvious support to him, Nadeem Omar made a convincing presentation aimed at reviving the KCCA. His strategic plan, covering nearly aspect of the game, was lavishly praised.

The establishment of a multinational type of office where the KCCA could be headquartered with grace and dignity is on top in the list of his priorities as he also has the plans to take upon the task of building new infrastructures in each of the seven zones something on the lines of Recreation Centres which could house indoor cricket schools besides zonal offices.

He spoke about revitalizing the club cricket on a war footing with the assistance of the sponsors. He has also looked eager to launch proper cricket tournaments for schools and colleges.

Nadeem Omar’s plans included the development of complexes containing a full fledged cricket grounds where first-class matches could be played. He emphasized on quickly developing and uploading a state-of-the-art website of the KCCA, to be updated on a daily basis, which would have details about Coaches, Umpires, Scorers, Clubs, Departments, Grounds, Rules, Women’s Cricket and Tournaments besides other features of general interest.

He also made a mention of setting up a central KCCA Academy besides launching the KCCA Annual Award function to recognize the various stakeholders besides the cricketers.

Speaking on the Salahuddin Ahmed, while offering his support to Nadeem Omar, observed that the revival of school cricket was the key to discover the new talent. He recalled the 1950s and the 1960s when the cricketers were directly selected to the national team on the basis of Inter-School tournaments whose standard was highly competitive.

The former KCCA chief selector reckoned that merit should not be compromised at any cost as he cited examples of the past when the teams picked up on the basis of open trials continued to perform well in the national tournaments.

Sadiq Mohammad, a former Test left-handed opening batsman, was thoroughly appreciated of the plan presented by Nadeem Omar but he emphasized on the development of a top-class office for the KCCA in order to attract the sponsors. He also suggested for the improvement in the quality of pitches to produce fast bowlers.

Jalaluddin, a former Test fast bowler and a highly qualified coach, felt that it’s high time to have the KCCA reformed and Nadeem Omar, in his opinion, was the right person, to take it to the next level. He urged the zonal officials to vote for him in order to bring about a change.
readmore »»