The Pakistan Billiards &a Snooker Association (PBSA) has been assured the allocation of a hall for setting up snooker academy at the PSB Karachi Centre besides the release of the pending cash award to the ace cueist, Hamza Akbar. 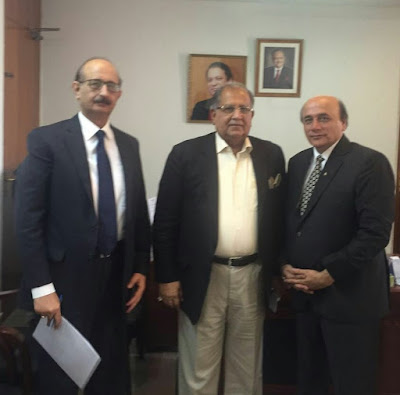 Alamgir Anwar Shaikh. President, PBSA, who returned to the city after having held a series of meetings with the top functionaries of the Ministry of Inter-Provincial Coordination (IPC) in Islamabad over the past three days, expressed his delight with the positive mindset and cooperative attitude of the government officials.

“The Federal Sports Minister, Riaz Hussain Pirzada, during our meeting, issued the directives to immediately release Hamza Akbar’s long pending cash award of Rupees 15 lacs for winning the Asian Championship 2015 in Malaysia. He also ordered for the allocation of a suitable hall to the PBSA for setting a snooker academy at the Pakistan Sports Board (PSB) Karachi Centre besides advising for the release of pending special grants to the Association in which the Pakistan snooker team had participated,” Alamgir Shaikh revealed.

The PBSA President also held formal meetings with the newly appointed senior officials at the Ministry of IPC which included the Secretary, Raja Mohammad Nadir Ali, the Deputy Secretary, Fayyaz-ul-Haq, and the Joint Secretary Hussain Ahmed Madni, having briefed them on the performance and achievements of the association and the cueists.

“The matters relating to the appointment of a foreign coach were on top of the agenda in meetings with the PSB officials. After deliberations and discussions they have given their consent to the PBSA for hiring Soheil Vahedi from Iran as the coach for the Pakistan snooker squad,” Alamgir Shaikh disclosed.

“Accordingly, as a part of the PBSA Coaching Programme, it has now been mutually decided to hold a 15-day training and coaching camp for Pakistan’s top cueists at the PSB Complex in Islamabad under the supervision of coach Soheil Vahedi next month,” the PBSA President concluded.
readmore »»