The Sindh Billiards & Snooker Association (SBSA) has hardly ever been in the news because the body has not been known for carrying out any activity apart from holding the Sindh Cup, which serves as the qualifying rounds for National Snooker Championship. 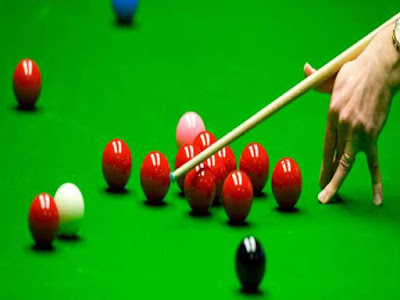 Even the last edition of the Sindh Cup witnessed unprecedented controversies as the SBSA was suspended following the court orders and the annual event had to be organized by a committee, nominated by the Pakistan Billiards & Snooker Association (PBSA).

The SBSA, however, may come alive as a result of its fresh elections conducted by the PBSA committee at the Hotel Movenpick, Karachi, on February 13 in compliance of the orders of the High Court of Sindh.

“The High Court of Sindh, Karachi, vide its order dated December 4, 2019 of the Constitution Petition No. D-281 of 2019, had appointed the PBSA to act as an administrator, to regulate the affairs of the SBCA to from a truly representative body for the snooker & billiards players of the province of Sindh,” Zulfiqar Ali Ramzi, Administrator SBCA, and Honorary Secretary, PBSA, stated. 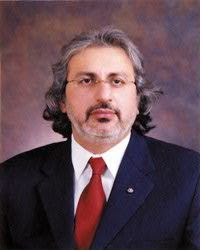 “To implement the order of the High Court of Sindh, the PBSA, as administrator, called a general body meeting of all members of the SBCA to hold the elections for the office-bearers and the committee members at the Movenpick Hotel, Karachi, on February 13 and all eight candidates were elected unopposed for a term of four years,” he added.

Interestingly no nomination was received for the post of Office Secretary and the slot remained vacant, shrinking the size of the executive committee of the SBSA to nine instead of the prescribed 10.

Zulfiqar Ramzi revealed that the total life members, eligible to cast vote at the SBCA elections on February 13 were around 80.

Upon a query, he shared that nearly all the current members of the SBSA were based in Karachi and only one of them seemed to be belonging to Hyderabad.

Without criticizing the past office-bearers of the SBSA, Zulfiqar Ramzi expressed the hope that the newly elected set-up will conduct fresh membership drive from all over the province to make it a truly representative body.

The initial challenge for the newly elected leaders of the SBSA, before thinking in terms of extending its membership base or doing any other activity, would be to resolve the issues concerning the last edition of the Sindh Cup.

The top performers of the Sindh Cup, quite a few of whom participated in the just concluded National Championship at the Karachi Gymkhana, had still not received the prizemoney which was due to be paid to them.
readmore »»

Prof Syed Siraj-ul Islam Bukhari, the longest serving office-bearer of the Karachi City Cricket Association (KCCA), has been saddened by the death of Pakistan’s former Test batsman, Waqar Hasan, who passed away recently in Karachi recently following a brief illness.

“The passing away of Waqar Hasan, the last surviving member of Pakistan’s first-ever Test team, has made the entire cricket community sorrowful and heavy-hearted,” Prof Siraj Bukhari, who served the KCCA as President for four years after being its elected Honorary Secretary for a staggering three decades,” observed in his condolence message.

“Having worked closely with him for a number of years, I am deeply grieved and depressed at his tragic demise. He captained the Karachi teams of which I used to be the manager. We had extremely cordial relationship as he was such a fantastic cricketer and a thorough gentleman,” the former KCCA boss recalled. 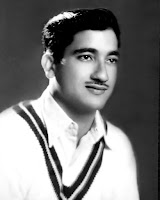 “Besides being a stylish middle-order batsman and a safe fielder, he was an able leader who inspired his teammates with his positive approach. After being Pakistan’s highest run-getter in the inaugural Test series against India in 1952-53, he continued to score consistently at the international level and was regarded as a dependable batsman. He was certainly one of the pillars on whom the Pakistan team rested in the formative years,” Prof Siraj Bukhari complimented.

“After hanging his boots and later making a name for himself in the business arena, he returned to cricket in the role of an administrator. He also served with distinction as the Honorary Treasurer of the Pakistan Cricket Board (PCB),” he added.

“Acclaimed as one of the most respected personalities of Pakistan cricket, the soft-spoken Waqar Hasan has left a legacy and he will always be remembered and missed,” Prof Siraj Bukhari concluded.
readmore »»