In a move that looked surprising but not totally unexpected, former world snooker champion Mohammad Yousuf has been appointed as coach and commandant for the training camp for the junior cueists starting in Islamabad on June 25. 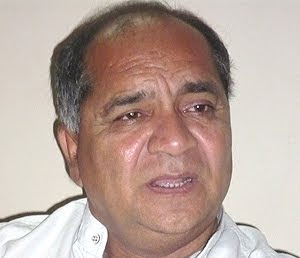 The appointment of Yousuf, who clinched the World Championship in 1994 before annexing the Asian crown four years later, was confirmed by Alamgir Anwar Shaikh, President, Pakistan Billiards & Snooker Association (PBSA), on June 22, welcoming the veteran cueist with open arms contrary to the general expectations.

He will be coaching the duo of Hunain Aamir and Mohammad Majid in the two-week camp to be held at the PSB Snooker Hall in Islamabad from June 25 to July 8.

“Yousuf will be the coach as well as the commandant of the camp to train the duo of Hunain and Majid, who will be representing Pakistan in the IBSF World Under-21 Snooker Championship 2012 scheduled to be staged in Wu Xi, China, from July 14 to 22,” the PBSA President revealed.

“It’s a new beginning. Yousuf may have had stormy relationship with the PBSA but that’s history now. We have had cordial relations with him in the recent past, holding him in high esteem, and we look forward to having a long-term working relationship with him although the present assignment is a rather brief one,” Alamgir Shaikh observed. 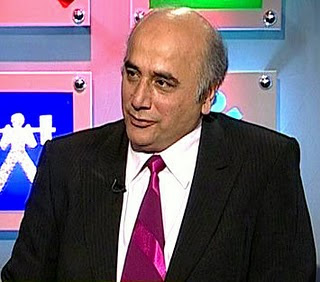 “It’s a very nice and appreciative gesture on part of Yousuf to have agreed to train the two youngsters, Hunain and Majid, at a token honorarium. We are grateful to him for taking up the assignment in the national interest,” the PBSA President acknowledged.

Alamgir Shaikh didn’t rule out the possibility of Yousuf’s appointment as the national coach either at a later stage which was a clear enough indication that he was very much in the minds of the PBSA officials, alongwith Sanjay Sawant and Yasin Merchant, both of them from India.

Yousuf has had his share of problems with the PBSA in the past, particularly when it was being headed by Ali Asghar Valika until 2008. He wasn’t particularly favourite with the present office-bearers either but he found them a little more accommodating and thus the deal has been inked. 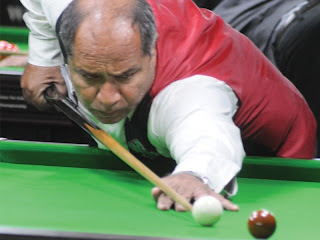 When contacted, Yousuf, known for calling a spade a spade, expressed his pleasure at being recognized by the PBSA and he too looked forward to having a long-term association with the controlling body of cue sports.

“The contract for the two-week assignment has been signed. It was mutually agreed that I won’t be going to China with the boys with referee Shabbir Hussain Daruwala to accompany them as manager,” he disclosed.

Yousuf reckoned that Hunain and Majid, the finalists of the Jubilee Insurance Junior Under-21 Snooker Championship 2012, possessed enormous talent and they stand a good chance of proving their mettle in the upcoming World Under-21 Championship.

“I have never played against them in any of the national events but I have certainly watched them play closely. Both of them are skilled and enthusiastic. They should improve with experience and coaching,” Yousuf concluded.
readmore »»