Once the superpowers in the field of hockey, the Indians have endured a very lean over patch over the past few decades and the eight-time champions were not even able to qualify for the 2008 Olympic Games staged in Beijing, China. 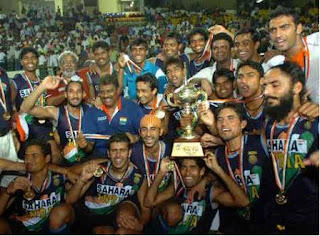 India are high on confidence after their Azlan Shah triumph and they are realistically aiming for the gold medal in the Asia Cup, starting in the Malaysian town of Kuantan on May 9. They are the defending champions in the Asia Cup, having annexed the title at home in 2007 after overpowering South Korea in the final.

The Indians are on a comeback trail after having finished runners-up in four-nation Punjab Gold Cup and then the title win in the Azlan Shah after a lapse of 13 years. Their officials reckon that winning the gold in Asia Cup will complete the first phase of their revival plans for Indian hockey.

“We are successfully working towards our plan to revive Indian hockey. Asia Cup victory is crucial to that plan. We are the defending champions and we will be satisfied with nothing less than the gold. The team has worked very hard in past couple of months and the boys are upbeat about their performance,” the Indian coach Harendra Singh was quoted as saying.

“Everything has gone according to the plan of reaching among the top six nations by the end of this year. Asia Cup gold will complete the first phase of our revival plan. The competition will be tough. We have to be consistent throughout the tournament. We will take one match at a time,” he added.

“We focussed on our weaknesses during the practice and we are confident that we will eradicate them in Asia Cup. If we win the Asia Cup, we will get a push in the world ranking and that will be our motivation. There will be a long break after the Asia Cup, so we want to give our best and return with the trophy,” Harendra Singh said. 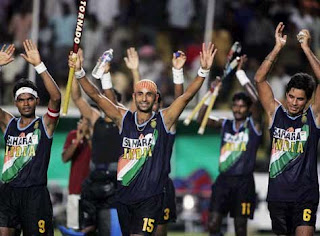 The Indian coach agreed that Asia Cup will be a bigger test for the team because the field in Azlan Shah was not so strong with top European nations staying away.

Although he emphasized that the team had worked hard in their camp training in Bhopal but it remains to be seen if they show improvement in blocking goals in the closing stages of the match. It has been the weakness of the past Indian teams too, conceding late goals to undo their own good work.

India have placed in the tougher of two groups alongside Pakistan, China and Bangladesh and they could be tested in accomplishing their task of qualifying for the semifinals. The other group comprises of South Korea, Japan, Malaysia and Sri Lanka.