It’s not often when Imran Khan, arguably the greatest-ever cricketer to be produced by Pakistan who remained one of the leading all-rounders of the world for quite sometime, pays tribute so generously. That’s why he is revered as one of the topmost analysts and experts of the game. 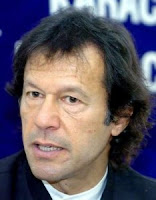 One person who seems to have impressed Imran thoroughly, and very rightly so, is none other than the Indian captain, Mahendra Singh Dhoni, whom he described as the most assured, relaxed and confident captain going into the ICC Cricket World Cup 2011.
Before the start of the mega event, Imran, who had led Pakistan to title victory in 1992, had singled out Dhoni as India's biggest strength being their captain having the respect of his players.

"He is the most assured and relaxed captain in this tournament and he has the respect of his players. He is also a very astute tactician and a match-winner on his day," Imran had was quoted as saying in a television interview.

Dhoni has proved Imran absolutely correct. If the legendary Pakistan all-rounder was dead right in his assessment, the present Indian captain has delivered to live up to the huge expectations. 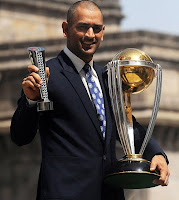 Dhoni played the match-winning knock in the final to steer India to a very comfortable win in the end against the dangerous Sri Lankans at the Wankhede Stadium in Mumbai on April 2.

Although the target wasn’t very stiff when Dhoni went out to bat, ahead of Yuvraj Singh, but there was enormous pressure considering the fact that it was the final of the tournament and no hosts had ever did it before. I think he played the innings of his life to control the game and win it for his team without any hassles.

Dhoni has remained an impressive captain and a batsman throughout his career and Imran, of all people, had indicated it at the outset. “Dhoni is a dynamic captain. A captain evolves and he must have a few basics in him to excel. A good leader must have courage. He must be able to lead from the front. Dhoni does that," Imran had remarked around three years ago. 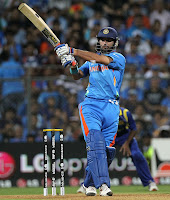 "A good captain must believe in taking risky decisions; something Dhoni does seem to have; and a captain must lead by example; when a captain puts in his 100 per cent, the team follows. When I saw Dhoni for the first time as captain, I thought he had all the qualities, but he will evolve tactically with experience," Imran assessed.

"India have some of the qualities that a great team needs. There are two bright sparks in Indian cricket right now. One is Mahendra Singh Dhoni (both as a captain and as a player) and the other is fast bowler Ishant Sharma. They also have depth in their team. Just imagine someone like Yuvraj Singh not able to get into the Test squad. Of course I would pick Yuvraj Singh into the Test squad first, and then look at filling the remaining slots, simply because he is a 'match-winner'," Imran had elaborated.

Now don’t be surprised that Dhoni was the Man of the Match in the final of the CWC 2011 and Yuvraj was Man of the Tournament. Imran’s assessment skills need to be complimented.
readmore »»