Pakistan hard pressed to save Test series despite Stokes’ absence 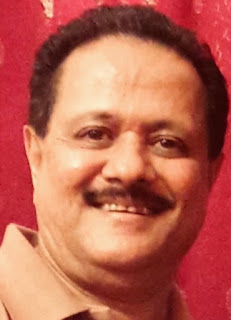 Having lost the first Test, after dominating it for quite some time, Pakistan find themselves in a tight corner going into the second Test against England at Southampton which starts on August 13.

Hosts England will be forced to take the field in the absence of their star all-rounder Ben Stokes, who has reportedly left for New Zealand due to family reasons.

Although Stokes didn’t contribute much with the bat in the first Test, his larger than life presence had meant a lot for his team.

It could be an opportunity, however, for the hitherto underrated all-rounder Chris Woakes to steal limelight in the non-presence of Stokes.

Declared Man of the Match in the closely contested Old Trafford Test, Woakes seems to have come of age both as a batsman as well as a bowler and he could enhance his reputation to become a regular member of England team in future. 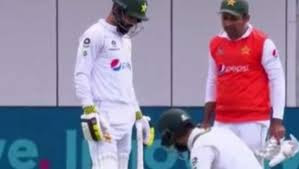 With typical ‘English’ conditions forecast for the second Test, the home team will be more than happy to hand over the new ball to the tried and trusted duo of James Anderson and Stuart Broad, both of them having more than 500 wickets to their credit now.

Jofra Archer’s raw pace didn’t yield the desired results in the first Test and he may be replaced by Mark Wood, who also has the ability to bowl with tremendous speed.

With Woakes raring to go as the fourth seamer, England may not even need their lone spinner Dom Bess to bowl for longer spells.

Batting is one area which will remain a cause of concern for the home side. They will be depending heavily on skipper Joe Root, who is due for some big runs. Jos Butler will be expected to deliver once more after his match winning knock at Old Trafford.

Pakistan don’t have much options to bolster their batting which let them down in the second innings of the opening Test. Opener Shan Masood’s magnificent century in the first innings was a delight to watch but the failures of other top order batsmen didn’t gladden hearts of the Pakistani supporters. 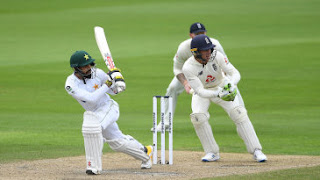 Shadab Khan was played as a bowling all-rounder but he was under-utilized by captain Azhar Ali, whose unimaginative captaincy cost Pakistan the match on the fourth afternoon. There’s a possibility that Shadab may be replaced by left-handed Fawad Alam.

Many experts and I do strongly believe that Pakistan should opt for Sarfraz Ahmed at number six on the basis of his past record in the challenging English conditions. But it seems unlikely in the ongoing politicking and the mindset of the present team management.

It’s really strange that time and again everybody in the Pakistan Cricket Board (PCB) down to the members of the support staff are seen mentioning Muhammad Rizwan as the first choice wicketkeeper. It’s not needed. The team could live without petty politics. The biased commentators will also be advised not to emit poison.

Instead Pakistan’s coaches and captain should be more proactive in guiding their bowlers to deliver the goods. It’s a pity that the young speed merchants like Shaheen Shah Afridi and Muhammad Naseem were not directed to test the pair of Butler and Woakes with short-pitched balls when they turned the match around by hitting the length balls with ease.
readmore »» 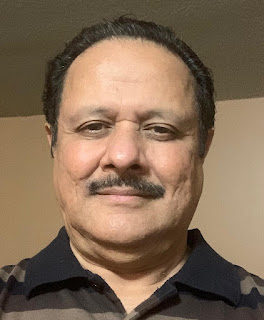 International cricket has resumed, following a break caused by coronavirus (COVID-19) pandemic, as England is now hosting Pakistan after having contested three-Test series against the West Indies.

Cricket in the United States of America (USA) is also expected to resume shortly in those territories where the deadly virus has been contained and life has gradually returned towards normalcy.

The 15th edition of the Diversity Cup, regarded as one of the most sought after cricket tournaments in USA, originally planned to be held in August, is now set to be staged over the Labor Day weekend, starting from September 5 to 7 at Detroit, Michigan.

It’s time to celebrate its 15th edition now. Over the years, the Diversity Cup, organized by the Global Sports, has emerged one of the most popular annual cricket events of the country.

The International Cricket Council (ICC), in the meantime, had recognized the Diversity Cup as a tournament in 2016. An average of seven to eight Test cricketers from different countries has been in action during the course of a tournament. 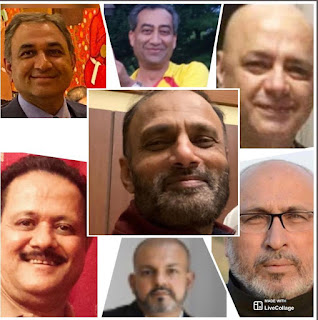 Another factor contributing to the success of the Diversity Cup has been the presence of cricket greats in its events.

The likes of Greg Chappell, Mushtaq Muhammad, Javed Miandad, Zaheer Abbas, Muhammad Azharuddin, Asif Iqbal and Younis Khan have graced the tournament during the last one and a half decade.

The participation of these legendary cricketers has help tremendously in adding value to the tournament which has continued to grow in stature with every passing year.

The credit for sustaining the Diversity Cup for 15 years and making it known as a major tournament belongs to the enthusiastic organizational team of the Global Sports, whose promoters have remained passionate and enthusiastic all alone.

Shahid Ahmed, an engineer by profession, has been leading the Global Sports team since its inception and it has had active members like Dr Shaukat Rasheed, Sarwat Iqbal, Faisal Sultan and Ahad Masood. 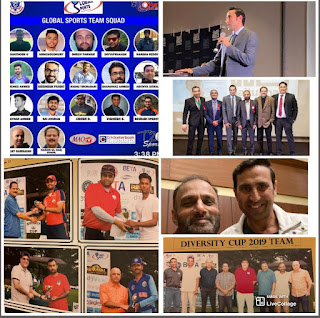 Dr Shaukat Rasheed, who is based in Toledo, Ohio, had also supported the Champions Cup Tournament. He remains a source of great motivation for the Diversity Cup organizers.

Sarwat Iqbal and Faisal Sultan have been the Vice Presidents of the Global Sports for the past 12 and 15 years respectively.

Ahad Masood, a former cricketer, coach and organizer, is also an integral part of the setup.

Jalaluddin, a former Test fast bowler from Pakistan and one of the highly qualified coaches, has been the Director Youth Development at the Global Sports for the last few years.

I have also been associated with the Global Sports for the past 15 years, in the capacity of Vice President, Advisor and coach. Together with Jalaluddin, I have also conducted coaching camps for young cricketers during the last few years.
readmore »»