Chris Broad under fire for going overboard once more

Chris Broad, the former England opening batsman turned commentator and match referee, has had the habit of hitting the headlines for the wrong reasons. It’s an open secret that it was his temperament more than form or fitness that curtailed his career as an international cricketer. 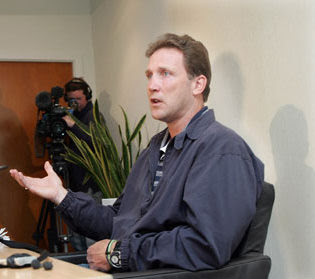 Unlike England’s cricket board, the International Cricket Council (ICC) has been generous enough to overlook Broad’s follies so far. But he may have to face the music now after the Chairman of the Pakistan Cricket Board (PCB), Ijaz Butt, has accused him of lying in connection with the recent attack on the visiting Sri Lankan team and the match officials.

Broad, who was the ICC match referee for the Pakistan-Sri Lanka series, had lashed out at the security arrangements and went on to the extent of considering the attack in Lahore as a death knell for cricket in Pakistan.

The outspoken Broad appeared to have gone overboard while talking to the media upon his return in England. It would have been more appropriate if he communicated his observations directly to the ICC instead of publicly expressing his anger and dismay.

“I'm angry with the Pakistani security forces. We were promised high level security and in our hour of need that security vanished. There was not a sign of a policeman anywhere. They had clearly gone, left the scene and left us to be sitting ducks,” Broad was quoted as saying.

"I raised my concerns with the ICC before the tour started and they passed on those concerns to the Pakistan board. They assured me through e-mail that all security would be taken care of, presidential-style security. And clearly that didn't happen,” he thought.

"When we were in the van we weren't aware of what was going on outside. But after the incident when you watch the TV pictures you can clearly see the white van we were in, next to the ambulance in the middle of a roundabout, with terrorists shooting into our van and past our van and not a sign of a policeman anywhere," he charged. 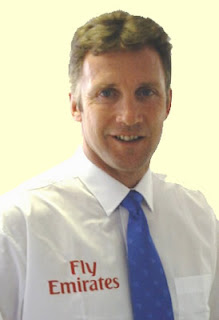 The charges, however, have been denied by the top functionary of the PCB. "It is a big lie that there were no policemen. A commando jumped over Broad and saved his life. The commando was hurt so if there was no policeman, how come Broad was saved? All his statements are false.
He has now made obnoxious comments. That a gentleman of his stature is saying this is unfortunate," Ijaz Butt, Chairman PCB, stated during the media briefing in Lahore on March 5.
"He said that there wasn’t any policeman there. I think there could be no bigger lie than this because six policemen died and ten are injured. Our people have also been injured. We lost six policemen who were trying to protect the cricketers and the match officials. So if some one is complaining about just a scratch, then it is very sad," Ijaz Butt, known for calling a spade a spade, asserted.
He has also announced that the PCB would lodge a formal protest with the ICC against Broad, who has remained a controversial figure in the past as well. One hopes that the ICC would take some action on the matter.