Azeem Sarwar delighted with accomplishments of his trainees

Azeem Sarwar, without any shadow of doubt, is the greatest all-round broadcaster produced by the country. He has been equally versatile as a producer and seldom would one find so many outstanding qualities in a single person. 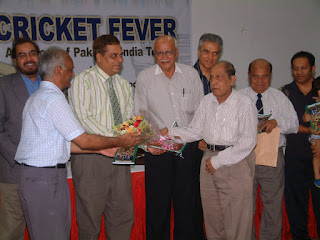 Azeem Sarwar has been blessed with a distinct voice that hangs in memory for a lifetime. That’s why people across the globe still talk of his radio programmes that echoed from every transistor set even decades ago.

His contribution to the media in Pakistan is unparalleled. Besides blessing the legendary radio programmes with his voice and also producing them, he has done a great service to sports journalism by having groomed a crop of youngsters who are now among the bigwigs of the profession.

Azeem Sarwar was the man who conceived the idea of producing a sports programme for Radio Pakistan on a daily basis in Urdu. He had visualized that having a radio programme that broadcasts the news and reports of the latest sporting action all over the world will catch the imagination of the listeners who otherwise didn’t have an access to timely information.

He was absolutely right. It turned out to be a master stroke. It was for the first time in Radio Pakistan’s history that such a programme had been planned. There had been odd radio shows on sports in the past but no one before him could envision having a daily sports programme of international standard.

The popularity of the programme ‘Alami Sports Round Up’ exceeded all expectations. Launched in 1985, the programme became an instant not only in Pakistan but all across the sub-continent wherever the transmission could be heard.


‘Alami Sports Round Up’ revolved around Azeem Sarwar but being a shrewd leader, he kept inducting the youngsters who had the passion for sports and possessed the talents to transcribe and broadcast. Being a hard task master, he never compromised on quality and kept his teammates motivated at all times.

Being a true leader of men, he instilled confidence in those youngsters and urged them to do better in order to make a name for themselves in the profession of writing and broadcasting. He himself was the role model for all his teammates who always looked forward to him for guidance and support.

Azeem Sarwar’s initiatives not only popularized ‘Alami Sports Round Up’ but a whole group of young and upcoming journalists received an early boost to their career. Almost all the members of his team have been occupying key positions in their profession for a number of years now.

I consider myself extremely fortunate to have been a part of his team because I was able to learn a lot by getting an opportunity to work alongside him. He’s the man who provided me the confidence to improve my skills. It was after his training that I joined the mainstream journalism and the rest is history. 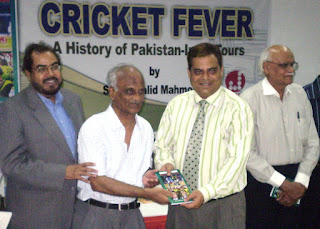 Azeem Sarwar is a thorough gentleman whose sporting spirit remains a source of inspiration. An enlightened person, he is not afraid to acknowledge the people, senior or junior, having worked with him.

It was such a great pleasure to have him speak in the launching ceremony of ‘Cricket Fever’ on July 17. Besides sharing his views on the Indo-Pak cricket matches he recalled the glories of ‘Alami Sports Round Up’ and told the audience that he’s proud of the accomplishments of his members of the team, three of whom were sitting on the stage, including the author of the book.